What happened to India?

What happened to India?

Emerging markets around the world—Brazil, China, India, and Russia, to name the largest—are slowing. One reason is that they continue to be dependent, directly or indirectly, on exports to advanced industrial countries. Slow growth there, especially in Europe, is economically depressing. 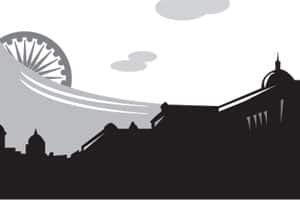 Hardest to understand, though, is why India is underperforming so much relative to its potential. Indeed, annual GDP growth has fallen by five percentage points since 2010.

For a country as poor as India, growth should be what Americans call a “no-brainer". It is largely a matter of providing public goods: basic infrastructure such as roads, bridges, ports and power, as well as access to education and basic healthcare. And, unlike many equally poor countries, India already has a very strong entrepreneurial class, a reasonably large and well-educated middle class and a number of world-class corporations that can be enlisted in the effort to provide these public goods.

Satisfying the demand for such goods is itself a source of growth. But, also, a reliable road creates tremendous additional activity, as trade increases between connected areas, and myriad businesses, restaurants, and hotels spring up along the way.

As India did away with the stultifying licence raj in the 1990s, successive governments understood the imperative of economic growth, so much so that the Bharatiya Janata Party (BJP) contested the 2004 election on a pro-development platform, encapsulated in the slogan, “India Shining". But the BJP-led coalition lost that election. Whether the debacle reflected the BJP’s unfortunate choice of coalition partners or its emphasis on growth when too many Indians had not benefited from it, the lesson for politicians was that growth did not provide electoral rewards.

In any event, that election suggested a need to spread the benefits of growth to rural areas and the poor. There are two ways of going about that. The first, which is harder and takes time, is to increase income-generating capabilities in rural areas, and among the poor, by improving access to education, healthcare, finance, water and power. The second is to increase voters’ spending power through populist subsidies and transfers, which typically tend to be directed towards the politically influential rather than the truly needy.

In the years after the BJP’s loss, with a few notable exceptions, India’s political class decided that traditional populism was a surer route to re-election. This perception also accorded well with the median (typically poor) voter’s low expectation of government in India—seeing it as a source of sporadic handouts rather than of reliable public services.

For a few years, the momentum created by previous reforms, together with strong global growth, carried India forward. Politicians saw little need to vote for further reforms, especially those that would upset powerful vested interests. The lurch towards populism was strengthened when the Congress-led United Progressive Alliance concluded that a rural employment-guarantee scheme and a populist farm loan waiver aided its victory in the 2009 election.

But, while politicians spent the growth dividend on poorly targeted giveaways such as subsidized petrol and cooking gas, the need for further reform only increased. For example, industrialization requires a transparent system for acquiring land from farmers and tribal people, which in turn presupposes much better land-ownership records than India has.

As demand for land and land prices increased, corruption became rampant, with some politicians, industrialists and bureaucrats using the lack of transparency in land ownership and zoning to misappropriate assets. India’s corrupt elites had moved from controlling licences to cornering newly valuable resources such as land. The resource raj rose from the ashes of the licence raj.

India’s citizenry eventually reacted. An eclectic mix of idealistic and opportunistic politicians and NGOs mobilized people against land acquisitions. With investigative journalists getting into the act, land acquisition became a political land mine.

Moreover, key institutions, such as the Comptroller and Auditor General and the judiciary, staffed by an increasingly angry middle class, also launched investigations. As evidence emerged of widespread corruption in contracts and resource allocation, ministers, bureaucrats and high-level corporate officers were arrested and some have spent long periods in jail.

The collateral effect, however, is that even honest officials are now too frightened to help corporations to navigate India’s maze of bureaucracy. As a result, industrial, mining and infrastructure projects have ground to a halt.

Populist government spending and the inability of the supply side of the economy to keep pace has, in turn, led to elevated inflation, while Indian households, worried that no asset looks safe, have taken to investing in gold. Because India does not produce much gold itself, these purchases have contributed to an abnormally wide current-account deficit. Not much more was required to dampen foreign investors’ enthusiasm for the India story, with the rupee falling significantly in recent weeks.

As with the other major emerging markets, India’s fate is in its own hands. Hard times tend to concentrate minds. If its politicians can take a few steps to show that they can overcome narrow partisan interests to establish the more transparent and efficient government that a middle-income country needs, they could quickly re-energize India’s enormous engines of potential growth. Otherwise, India’s youth, their hopes and ambitions frustrated, could decide to take matters into their own hands.

Raghuram Rajan is a former chief economist of IMF, is professor of finance at the University of Chicago’s Booth School of Business and the author of Fault Lines: How Hidden Fractures Still Threaten the World Economy.