The power struggle in the Chinese political system has lessons for India.

The purge of Bo Xilai by Wen Jiabao was partly a clash of personalities but it was also a clash of competing visions about China. Writing in Foreign Policy magazine, John Garnaut points out that Wen framed the decision as part of a struggle between those who want China to reform its economy, engage with the world and allow its citizens to embrace modernity versus those who rejected these policies in favour of historical mistakes such as the Cultural Revolution. As head of the Communist Party in Chongqing, Bo famously ordered people to sing Maoist songs in public places. 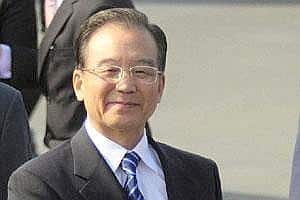 Now, look at the chart on the gap between economic growth in China and India since 1980, which has been based on data from the International Monetary Fund. The data shows that the difference between growth rates in the two countries converge towards the end of every decade, but then something happens that allows China to accelerate relative to India all over again. It would be premature to speculate about a causal link, but it is worth mentioning that each moment at the bottom of the valley broadly coincided with political change and a fresh economic push in China.

At the end of the 1970s, Deng Xiaoping had consolidated his powers after defeating the Maoist Gang of Four; he began opening up the Chinese economy by dismantling collective farms, allowing more price flexibility for manufactured goods and inviting foreign investments into special economic zones. Ten years later, after the massacre at Tiananmen Square, Deng nominated Jiang Zemin as the next head of the Communist Party, and then undertook a famous tour of the southern provinces in 1992 to provide a new push to economic reforms. At the turn of the century, Jiang and Zhu Rongji took China into the World Trade Organization, reduced red tape, cut tariffs, privatized and dismantled parts of the old social welfare system. And now, as the next leadership prepares to take charge, there are moves to make the yuan an international currency, move up the value chain, and focus more on domestic consumer demand as a growth driver. Go back to the chart: China has managed to stay ahead in the game because it has taken tough decisions almost each time its growth rate faltered. There has been premature triumphalism in India each time the gap between the two countries in terms of growth rates narrowed, around once every decade. I know, because I fell prey to such sentiments as well around 10 years ago.

China is now facing a new set of problems. Its labour force will peak soon. The wage rate is climbing. The yuan is under pressure to appreciate. Massive investment has pulled down returns on capital. The economy needs to be rebalanced. All these changes could lead to an immense opportunity for India, as low-value manufacturing moves out of China.

India has seen more timid change, though it has had reformist moments —from the first flush of economic reforms after Indira Gandhi returned to power in 1980, the more radical change under Narasimha Rao in 1991 and the important reforms carried out by the Atal Bihari Vajpayee government some 10 years later. The regime led by Sonia Gandhi and Manmohan Singh has not done enough to push structural reforms since 2004, and is likely to leave behind an economy with a lower trend growth rate, higher inflation, a clouded investment climate, a fiscal mess and a weak balance of payments. The choice once more could be between economic reforms and radical politics. Indira Gandhi made the wrong choice in the 1960s and one hopes that Sonia Gandhi learns from that experience. Of course, it is only a hope, because the record of the United Progressive Alliance suggests that it does not adequately understand how important rapid economic growth is for a poor country.

Niranjan Rajadhyaksha is managing editor of Mint. Your comments are welcome at cafeeconomics@livemint.com