Views | A renaissance in Indian science

Views | A renaissance in Indian science

At the recently concluded 99th Indian Science Congress in Bhubaneshwar, Prime Minister Manmohan Singh lamented the decline of India’s scientific prowess relative to China and other nations, while listing several of the government’s initiatives to promote research and development. The press caught on to the comparison with China and largely ignored the achievements that the Prime Minister tried to draw attention to.

Scientific research and technological innovation form the bedrock on which nations build competitive economic strength in the globalized world. Research and innovation are also well-documented as engines of productive employment-generation and wealth-creation. Indeed, scientific research should have the mandate to create jobs and wealth for broader society. Moreover, scientific prowess is fundamental to national security and defence readiness - not only does it help in developing defense capacity indigenously, advanced military technology is imperative for India to play a meaningful role world affairs and to be secure given its antagonistic neighbors. In international relations, one is well advised to talk softly but carry a big stick. 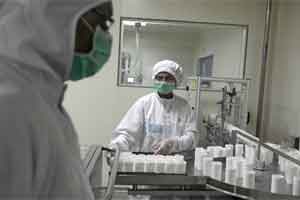 Manmohan Singh’s seven-plus year tenure as Prime Minister stands in marked contrast to other administrations - unlike others, he entered office when optimism was high and people looked to the future with firm expectations of a new India in the new century. India’s economy was poised for takeoff on the back of over a decade of continued economic reforms. An average GDP growth rate of around 8% since 2004 helped tax revenues almost double to nearly ₹ 12 trillion for 2009-10. No government in the history of independent India has enjoyed such a financial bounty - most have had to deal with severe economic scarcity. It is in this background that the government’s record must be judged.

The UPA government’s policies in the areas of education and defence have hardly been beneficiaries of this abundance of capital in the treasury. Arjun Singh, HRD Minister in UPA 1, busied himself with increasing student quotas in central educational institutions. Where the debate should have been about capacity expansion so that there is enough opportunity for all sections of society, Manmohan Singh presided over the rationing of existing capacity first on the basis of caste, and more recently on the basis of religion, disregarding merit and capability. Ad hoc creation of new IITs is damaging their brand - no less an authority than C.N.R. Rao, chairman of the Prime Minister’s Science Advisory Council and one of India’s most distinguished scientists, has strongly criticized this policy. The reality is that without deregulating higher education and building privately-operated universities, India will never be able to meet domestic demand for higher education.

More recently, UPA 2 put forth the Right to Education (RTE) Act under the new HRD Minister Kapil Sibal. Besides enforcing quotas in private schools, RTE has put such draconian restrictions and regulations that many private schools will be forced shut. Study after independent study has shown how India’s poorest have rejected government schools and choose to enroll their children in private schools - but the government has ignored them all and enacted laws that hurt the poor the most. Separate from RTE, Kapil Sibal has tried to offer affordable computing to the poor by pouring public funds into the creation of a low-cost tablet computer, which recently failed conclusively in its first field trial. Despite consumer rejection of their misconceived pet project, the Minister and his bureaucrats have gone back to the drawing board, vowing to return with a better tablet by April. Does the government care about learning outcomes or is it simply too short-sighted to realize the grave damage its flawed priorities are causing by denying basic schooling to millions of children?

With millions of our citizens either denied access to effective schooling or divided on identity when entering universities, can we nurture the human capital needed to lead in science?

There is evidence to suggest that investment in defense research can spur scientific and technological advancement. In the United States, 55% of federal R&D spending goes to the Department of Defense, which has been a pioneer of several technologies born from scientific research that have had substantial impact outside of the defence sector. The Internet and GPS navigation are two such technologies.

Integration and cooperation between universities, research institutions and private industry can dramatically grow the pie and multiply quality output manifold. India never really had the money to make large investments and purchases for national security until recently, but it is time now that the research activities of existing institutions such as Defence Research & Development Organization (DRDO) are reformed. Recent research that DRDO has tried to commercialize include mosquito repellents, a spray that can keep clothes moth-free, body creams to keep away bugs, a high altitude toilet that was 15 years in the making, and a new fabric for bras. Clearly, India needs to rethink its defence research priorities.

China has managed to build scientific strength because it has made thoughtful and substantial investments in building universities and defense capacity. For India to witness a renaissance in science, it will also have to encourage symbiosis between defense spending, educational and research institutions, and private industry. Without such a holistic approach, comparisons with China will prove to be facile, and India’s tremendous potential to be a world-leader in science and technology will not be realized.