The world’s economic woes—the worst since the Great Depression— that have held centre stage for the past few years also witnessed an unprecedented level of international cooperation led by the Group of Twenty (G-20) countries to manage the crises. Today, however, that cooperation appears to be fading and possible responses to the world’s economic troubles are being increasingly hampered by parochial national, regional and international politics. 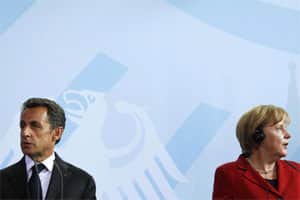 In all these key countries (with the exception of Germany) the intensity of the political contestation is the consequence of impending elections (Russia, France, the US), leadership transition (China), or fragile coalitions (the UK and India). Worse in countries where the incumbent is trying to retain power through the ballot box, the politics has become rancorous, distinctly populist and increasingly insular. Although neither India nor the UK is facing imminent elections, the incumbents are grappling with the dual challenge of retaining power and preparing for the next elections. In China, the double transition to the new leadership and from the cult of the individual leader to the collective rule of the party is likely to make Beijing more focused on domestic politics rather than global cooperation.

The domestic preoccupation of these crucial countries is largely responsible for the inability of their leaderships to seek cooperative international political consensus to address the various global economic and security challenges. This was evident at the Cannes G-20 summit. Not only did the summit fail to bridge the growing political divide but even its economic focus was narrowly concentrated on the ongoing European crisis rather than the world as a whole.

Although the UN Security Council, or UNSC, (where Germany and India are presently elected members) might have been another venue to forge a consensus and provide the much-needed international political leadership, events of 2011, particularly the dust-up over how to manage the Arab transitions, have belied that hope. Indeed, given the increasing inward-looking focus of these key countries, the possibility for any sort of effective cooperation in the UNSC is unlikely through what promises to be a troubling 2012.

Against this backdrop, there are likely to be ad hoc arrangements to build common political understanding and collective action. The recent US-India-Japan meeting, in addition to the existing India-Brazil-South Africa forum, is indicative of this trend. However, none of these can be a substitute for a formal and universally accepted global governance structure like the UNSC, and learning to work together even in an unreformed council would be an essential first step.

In the long run the dominant economic and political actors will have to commit themselves to reforming or creating institutions relevant for the 21st century and consistently working together. Until they get the politics right, the prospects of economic recovery will remain tenuous.