In 1961, Yale University psychologist Stanley Milgram sought to answer a question that had perturbed the civilized world for decades. He wanted to know how thousands of soldiers and civilians in Nazi Germany could participate in the extermination of millions of Jews and other “undesirable" people. How was it possible that perfectly normal people would commit acts that go against the moral conscience and values of human civilization? Could a holocaust happen again in any country or environment—or were Hitler and Nazi atrocities an aberration of normal human behaviour?

The Milgram experiment cast subjects into the role of “tutors" who were supposed to teach their “students" a list of words and were directed to punish them for wrong answers. The punishment was in the form of increasing voltage of electricity administered to the student at the press of a button by the “tutor". The range increased from a mild 15 volts shock incrementally to a dangerous 300 volts to a fatal 450 volts. 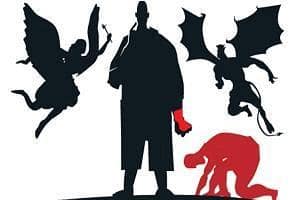 Many subjects were traumatized during the experiment, but once reassured that they were not personally responsible for damage caused to the “student" and the experiment was being done for a “larger" purpose, over 60% of the subjects went on to perform what was clearly an atrocity on another human who had done them no harm. Variants of Milgram’s experiment have been performed in several countries—more famous among them being the Stanford Prison experiment conducted at that university—all of which reiterate that humans are capable of incredible levels of evil if certain conditions are met. The belief that only a small percentage of us are capable of sadistic behaviour is factually incorrect.

Psychologists attribute this deviation from one’s personal code of conscience to “deindividuation" or transfer of personal responsibility onto the group. Philip Zimbardo, the conductor of the Stanford experiment, identified specific social processes that lead down the slippery slope of moral decay, which begins with taking the first step of administering 15 volts rationalized by “it is so mild that the student can hardly feel it"!

This is precipitated by the dehumanizing of others, abdication of personal responsibilities, uncritical conformance to the group and passive tolerance by inaction or indifference.

The implication of such behaviour is chilling. Our children and future generations are exposed to far higher degrees of violence in games, TV, movies and world events, inuring them to the first step of using violence as an acceptable way of quashing dissent. Critical views are marginalized and societies are exhibiting indifference and inaction as responses to social issues. This is a bigger challenge for India because of its diversity and expanse where major problems seem distant and unconnected. The behaviour of lynch mobs and violent instances of road rage or hate crimes expose the deterioration of our much-lauded tolerance. Every generation sets the benchmark of behaviour for the next and if current trends are anything to go by—we are setting a dangerous role model.

But the good news is that the behaviour of societies can also be influenced positively by selfless exemplars who put the well-being of others ahead of their own. In July 2007, a young student, Cameron Hollopeter, fell in front of an incoming train at a subway station in Manhattan. With the speeding train literally metres away, death seemed certain, but for the actions of a 50-year-old black American, Wesley Autrey. He jumped onto the track and, realizing that he would not be able pull Hollopeter out of harm’s way, performed an act of selfless bravery for a complete stranger, while his own two small daughters stood watching. Autrey pushed the student down flat in between the tracks and lay on top of him, allowing the train to pass over both of them with an inch of clearance. When asked later, Autrey said that he did what anyone could do—and everyone ought to do.

Closer home, we have several instances of brave hearts who decided not to be bystanders, though they could have and remained alive.

Employees of the Taj who went back into the hotel during the terror attack to assist guests, or the nurses who died saving patients in the hospital blaze in Kolkata, bear testimony to the inherent heroism and nobility in all of us.

Philip Zimbardo chronicled the Stanford experiment in his book The Lucifer Effect and, ominously enough, the behaviour exhibited by his students was replicated three decades later in the prisons of Abu Ghraib by the US army—though the latter chose to explain it away as deviant conduct by a few individuals. It is, therefore, important to recognize that our behaviour is shaped by social forces that can bring out the demons or angels existing within each of us. And it is the collective responsibility of society as to which of these two avatars becomes the archetype for future generations.