Thanks for Visiting Mint
You seem to have an Ad Blocker on. Please turn it off in order to continue, or whitelist Mint
HOW TO TURN OFF AD BLOCKER
OR
REFRESH IF YOU ALREADY TURNED OFF THE AD BLOCKER
Home >Opinion >Online-views >Chinese brew in Sri Lanka

Things usually get out of hand during elections in India. In Tamil Nadu, for example, it is being held by politicians of different persuasions that the Liberation Tigers of Tamil Eelam (LTTE) chief V. Prabhakaran is not a terrorist and that Tamils of Sri Lanka should get a separate homeland. It would be easy to dismiss this as election rhetoric but for the fact that our southern flank poses a serious security challenge now.

On Sunday, the LTTE declared a unilateral ceasefire; the Sri Lankan government has rejected that. While the latter is sure to wipe out the LTTE, what should alarm India is that it has been egged on by China. “Both Nepal and Sri Lanka are friendly to China. We support the efforts of their governments to safeguard national integrity while ensuring security and political stability," Jiang Yu, a Chinese foreign ministry spokeswoman told reporters on 21 April. 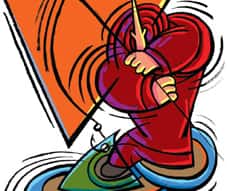 While India has for long argued that Sri Lanka’s territorial integrity is inviolable, it is no secret that relations between the two countries have been frosty at times. The LTTE’s decimation as a military factor in the region and China’s search for strategic foothold in the Indian Ocean (as highlighted recently by Robert D. Kaplan in his recent Foreign Affairs article “Center Stage for the 21st Century") are two factors that should not be seen in isolation. While it may seem far-fetched that China is about to secure military facilities in Sri Lanka, the possibility cannot be ruled out.

For long, India has enjoyed a “security dividend" on its southern flank. All the major security issues have lain on the northern and eastern flanks of the country. After the military defeat of the LTTE, that is no longer true.

Beyond these narrow requirements is, however, the issue of strategic choices to be made in the Indian Ocean littoral by India. China has already said that the Indian Ocean does not “belong" to India. It could be argued in a similar vein that the South China Sea does not belong to China. But merely saying that will not help. China is sure to move its military assets, its modern submarine fleet and warships, to secure its interests. The question that needs to be addressed is, where does a country such as Sri Lanka, that is neither friendly nor hostile to India, fit in this equation?

The LTTE’s defeat: another security challenge for India? Tell us at views@livemint.com