When U.K. Sinha took over as the capital markets regulator in February 2011, there was a pervasive expectation that the upfront commissions embedded in the price of a mutual fund would be back. His UTI Mutual Fund (UTIMF) and Association of Mutual Funds in India (Amfi) stints were taken as an indication that he would be more “reasonable" than his predecessor, C.B. Bhave, who banned loads in mutual funds, stunning the then ₹ 6.1 trillion industry. The presence of the load—an invisible payout from the investor’s money at entry or exit—has been proved to encourage sales of the heaviest load products and churning (when the seller moves money in and out of financial products to harvest the charge sitting in the product), both of which are harmful to the investor. 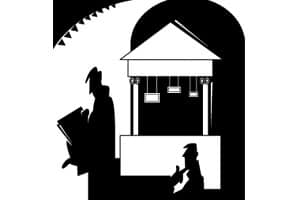 There are several reasons why the Securities and Exchange Board of India (Sebi) agreeing to this push would be regressive. One, if it were loads that sold a product, India would be a fully insured country today. For more than half a century in India, life insurance products have paid ₹ 40 on ₹ 100 as load or commission, but less than 20% of the insurable population is covered. Worse, the products sold have not been in retail consumer interest—the average Indian is under-insured and holding inflation-unfriendly investment products due to this load structure. Clearly, just throwing money will not ensure reach.

Two, one part of the industry seems to be adjusting well to the absence of loads and a step back would hurt this process of a more mature industry. The net inflow into equity funds for 2011-12 has been ₹ 834 crore in a year that markets dropped 10%. Mutual fund inflows are linked to markets and falling markets make it difficult to garner funds. This positive inflow has come a year after the industry lost ₹ 13,000 crore due to the impact of the no-load rule. This is the time to build on the strengths and not revert to an inferior system.

Three, the residual loads left in the product are still doing more harm and good. Asset management companies (AMCs) are paying out an average 75 basis points of the amount invested out of the annual charge or their capital and giving another 75 basis points from the trail that would come at the end of the year, as upfront commission to their large distributors. This skews behaviour—a little over ₹ 65,000 crore came into equity funds in 2010-11 and about ₹ 80,000 crore was redeemed. The same money is being rotated in and out of funds, earning some distributors large commissions. These are mainly banks—HSBC earned almost ₹ 120 crore as commission from mutual funds in 2010-11, at number two was HDFC Bank at just over ₹ 115 crore. Seven of the top 10 commission earners were banks with a total income from this of more than ₹ 500 crore.

What industry needs is an unambiguous message that loads in any form are banned. Not from the investor or the mutual fund. This should be done in all retail-facing financial products, not just funds. The funds should look at their neighbours and see what loss of confidence can really do to a market. The life insurance industry shrank 9% in 2011-12, with the numbers for the private sector being much worse. It sold lemons in the form of unit-linked insurance plans and as investors lose faith, the industry suffers. At its worst, the mutual fund industry lost just over 2% of assets under management (just talking about equity here as that is the true retail product) in 2010-11; the recovery began in 2011-12.

We need an incentive that will align the interests of all the players in this equation. We needn’t take the route Australia has taken and ban all payouts from investors’ money, but keep the trail commission as the method of compensation, other than fees. This is one payment that aligns the interest of all three parts of this triangle—the investor (who benefits as funds show growth), the seller (who benefits on rising income from a growing asset base because the funds recommended did really work) and the manufacturer (who gets consistent income based on performance). Why is this so difficult to understand or implement?