Markets to focus on rupee

Markets to focus on rupee

Amid the tumbling rupee and growing concerns about India’s economic credentials, equity markets posted modest gains after posting four straight weeks of losses. The gains were triggered by a sharp increase in petrol prices, which raised hopes that the government is getting back into an active mode. However, hopes were dashed soon as the government appeared to be defensive on a hike in the prices of diesel and cooking gas. 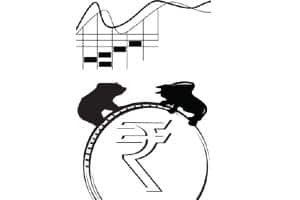 Globally, the markets rebounded as bargain hunting emerged after key US benchmarks slipped into the oversold zone. The rebound was technical, but positive economic indicators aided the rise. A report on the US consumer sentiment released on Friday showed sentiment rose to its highest level in more than four years in May as Americans remained positive about the job market, while higher-income households were optimistic on wage increases. But concerns over deteriorating finances of Spain and rising possibilities of Greece’s exit from the euro zone rattled sentiment and led to losses. The fears on Greece’s exit from the euro zone are likely to keep sentiment on tenterhooks, but markets will also keep a close eye on the contingency plan of key euro zone members to counter the situation. Suspense over Greece may continue till the elections, scheduled on 17 June.

Meanwhile, economic indicators in the US will take centre stage. The US markets will remain closed on Monday, but later during the week, reports on consumer confidence, gross domestic product, weekly jobless claims on Thursday and the May non-farm payrolls report on Friday will be watched closely. The non-farm payroll data will be crucial as it could offer cues about the state of the US economy.

In India, the focus of the stock markets will be on the rupee as cues from the forex markets will play a dominant role. Signs of stability in foreign exchange markets and the rupee improving further will boost stocks. Also influencing the markets this week would be foreign fund action. Overseas funds have been net sellers in the last few trading sessions. If selling by foreign institutional investors picks up momentum, it could lead to more losses on the stock markets.

Technically, the markets are in a recovery mode as key indicators are pointing upwards. The equities market may open moderately lower on Monday as it lacks direction. Since the technical indicators are pointing upwards, the movement on the Nifty index on the National Stock Exchange on the upside should be seen closely. On its way up, the Nifty is likely to test its first resistance at 4,961 points, which is a key resistance. If it breaks this level with good volumes or settles above it on a closing basis, it will be a positive signal. Technically, this could mean a good relief rally in the making.

The next important resistance for the Nifty would then come at 5,040 points, which is a moderate resistance only, which means that it may not threaten the momentum on the bourses but may see some consolidation or profit-taking. However, if this level is breached, the next important resistance would come at 5,131 points, which is likely to be an important and strong resistance level and would see some profit-taking. Technically, this level is going to be tough. However, if the Nifty breaks this level, the next key resistance is likely to come up at 5,162 points. The analysis suggests that in case the Nifty breaks 5,131 points, it will at best consolidate between 5,162-5,131 points and there would be pressure on the momentum. In case the Nifty breaches 5,162 points on a closing basis, this would be a bullish signal. In the current situation, this looks like a remote possibility.

On the downside, the Nifty has its first support at 4,875 points, which is a good support and likely to hold in normal circumstances. If this support breaks with good volume, or the Nifty settles below it, this would be a bearish signal as the next meaningful support will come only at 4,786 points, which is likely to be a strong support. A probability analysis suggests there are 74% chances of the Nifty finding good support at this level. However, if this level breaks, then this would push the support down to 4,667 points.

From my previous week’s recommendations DLF Ltd and Reliance Capital Ltd overshot their targets, while ACC Ltd missed it and remains a valid recommendation.

Vipul Verma is chief executive officer of Moneyvistas.com. Comments, questions and reactions to this column are welcome at ticker@livemint.com.