Home / Opinion / Online-views /  Why Sachin shouldn&#8217;t get the Bharat Ratna
Back
Share Via

Why Sachin shouldn&#8217;t get the Bharat Ratna

Why Sachin shouldn’t get the Bharat Ratna

The Bharat Ratna is an award our leaders give one another. Twenty-three of our 41 Bharat Ratnas are Indian politicians. It isn’t easy to think of Gulzarilal Nanda’s mighty achievements or for that matter Rajiv Gandhi’s.

Norman Borlaug, who saved India from starvation, didn’t get the Bharat Ratna. Even so, many deserving people got it. Amartya Sen, J.R.D. Tata, Nelson Mandela, B.R. Ambedkar, Mother Teresa. His fans now want Sachin Tendulkar on this list.

Let us examine the case against him. Now, it may be “awarded in recognition of exceptional service/performance of the highest order in any field of human endeavour". This is poor wording. Deploying the forward slash communicates something pedestrian, not heroic. I am surprised Manmohan Singh let this draft pass, as did P. Chidambaram, under whose ministry the awards fall. “Performance", the word added specifically to bring in Tendulkar, is not the same as service. The critical words “towards advancement of" have been dropped. Salman Khan performs exceptionally in his field. Does that qualify him to be Bharat Ratna? According to the new rules, it does.

In the US, the Congressional Gold Medal is rarely given to athletes. Sportsmen who have been given the award, like Jesse Owens and Joe Louis, tend to have had an additional qualification: heroism. In this case, their braving of racism. The medal is not given merely for popularity. The great Muhammad Ali has not yet won it, and who can say he doesn’t deserve it?

In India, the power to give someone the nation’s highest award rests exclusively with the prime minister. Singh must inform the president (the rules say “recommend" but it’s really an instruction) of the name of the person he thinks is fit.

Though he may give out a maximum of three Bharat Ratnas each year, in his seven years as prime minister, Singh has given only one, to Bhimsen Joshi in 2009. This is not unexpected because we can observe in Singh his caution and prudence. The stumbling haste to hand the award to a man still in his playing years is unlike him. 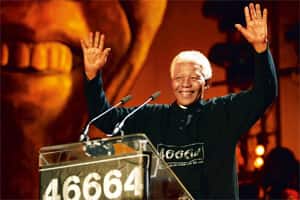 Nelson Mandela; a recipient of the Bharat Ratna; Getty Images

In any case, the Bharat Ratna isn’t a glorified man of the series award. When we give someone the Bharat Ratna, we honour ourselves. We hold up the person as an ideal of true greatness. As a model Indian, Tendulkar may not be the person to hold up in front of your children.

He resembles a middle-class opportunist who will take advantage where he can find it.

He sought and got exemption from paying import duty on a car gifted to him by Ferrari. Why must his baubles be funded by the state? After the high court said such exemptions couldn’t be made, he asked Ferrari to pay the duty. He later sold the Ferrari to a man in Surat, pocketing ₹ 1.5 crore, according to The Telegraph.

This sense of entitlement may be seen elsewhere.

While building his house in Bandra, Mumbai, on an 8,998 sq. ft plot, he said he had forgotten to include a gym. 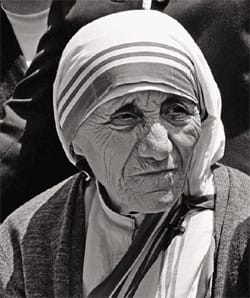 On 15 April 1999, just before the World Cup, his car hit a Maruti 800 in Bandra. Tendulkar got Thackeray to telephone Mid Day, the paper I joined the following year. He warned them against carrying the story. This was surprising because nobody had been seriously hurt in the accident.

What was this national interest? Mohammad Azharuddin was about to be sacked, Thackeray explained, and Tendulkar was likely to become captain again. Such stories could spoil his chances. Except The Indian Express, no newspaper ran the story. In July, Azhar was sacked and Tendulkar was named captain.

Will Singh consider such things, some of them already in the public record? Perhaps not. As we have seen, it isn’t as if awards haven’t been given away for much less. Atal Bihari Vajpayee gave the Padma Bhushan to a man for fixing his knees, Dr Chittaranjan Ranawat. It isn’t also as if we take our awards seriously. The general sloppiness of Indians in such matters extends to our Armed Forces. In 1999, the army awarded its highest honour, the Param Vir Chakra, posthumously to 19-year-old Yogendra Yadav. Then it turned out that Havildar Yadav was not dead but in hospital recovering from the bullet wounds the award had been given for. What are such casually announced honours worth? It’s difficult to say.

Many think that Tendulkar is fit to be honoured. I think so too.

On his 30th birthday, the tabloid newspaper I edited devoted the whole issue, every page, to Tendulkar and his career. This was appropriate honour for a popular hero, and I’m pleased whenever he makes reference to it. On my walls is a signed photo of him batting during his superb 1998 phase in Sharjah. When I was stepping down as editor, I was presented one of his bats on which is written a personal note. I am an admirer of his batting and it isn’t about that.

In 2010, the Indian Air Force made Tendulkar a group captain, the only sportsman ever to hold this rank. Tendulkar is already Padma Vibhushan, the second highest honour the Republic of India can give. Kumar Gandharva took apart the gharana system, transformed the culture of Hindustani music and was also given the Padma Vibhushan. Tendulkar hit cricket balls. Many cricket balls, and very far. But Bharat Ratna?

It’s not about an honour for Tendulkar, it’s about this honour for him. Last year, Tendulkar declined to accept an honorary doctorate from a university saying it wasn’t appropriate. This was proper, and the right thing to do.

Not giving it to him will raise the value of the Bharat Ratna. We can tell ourselves: “Even Sachin Tendulkar wasn’t good enough for it."

Aakar Patel’s book on India will be published by Random House later this year.