In an interview published in the Business Standard newspaper on 6 January, Pratap Bhanu Mehta, one of the best commentators on political economy, made an astute observation on the governance style of the Congress-led United Progressive Alliance (UPA): “You are back to the ’70s. State discretion has grown. State interference in regulators has grown. That basic structure that we wanted in 1991, a rule-bound system, friendly to business, a new social contract that says the job of business is to generate wealth and the government will tax that wealth to help those who cannot participate in this economy—all elements of that social contract have broken down."

Less than a year ago, Haseeb Drabu, economist and a Mint columnist, had similarly made a brilliant observation immediately after the presentation of the Union budget of 2011-12. “At the end of the day, it is a budget that seems to have been designed with the policy instruments of the 1970s, drafted in the language of the 1980s and delivered in the context of 2011! Too much of the budget effort and thought has been given to procedural matters and no strategic direction has been provided, either to the government or the market participants." 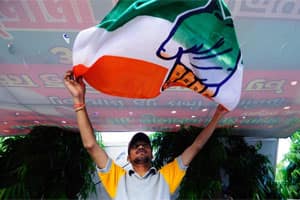 The underlying ideology of this coalition inspired by the Congress is drawn from the 1970s—several of the key leaders currently at the helm cut their teeth in politics around the same time; to be fair, they have known nothing else, especially after Rajiv Gandhi’s leadership of the party was cut short. It is an ideology that is obviously out of sync with the new reality—an India that is raring to realize its potential—where large sections of the populace have added economic choice to their lexicon of freedom.

But for some reason, the ruling dispensation has been oblivious. Ever since their unexpected victories—they first appeared from virtually nowhere in 2004 and then in 2009 confounded almost everybody, including themselves, winning by a stunningly comfortable margin—they have continued to baffle us with their governance style (or rather, the lack of it).

What has disappointed most has been the string of missed opportunities, which has been compounded by the consistent political and policy self-goals that have been scored by the UPA. The answer, my dear friends, is the ideological underpinnings of this dispensation. In the 1970s, the Congress was under the inspirational leadership of Indira Gandhi. In many ways, her ideological moorings were steeped in those drawn from the previous two decades, which believed in a strong Union government.

The lack of a political opposition ensured the party ruled almost the entire country. The size and structure of the economy, which revolved around the role of the government, only reinforced this phenomenon. As the country over the past three decades slowly relaxed policy, the government became one more economic entity as the private sector started to evolve, and the era of coalitions has ensured that states are a key part of the political dispensation. The economic transition, in the last two decades, led to the creation of independent regulators, which meant ceding discretionary powers to a body outside the government. This was also the phase when the strategy of “reforms by stealth" graduated to “reforms by design".

Now, when the country has crossed that initial threshold—joining the elite club of a trillion-dollar economy—it was obvious that it required a set of second-generation reforms to take it to the next stage of growth consistent with its enormous potential. This is precisely where the UPA has erred. Though it has been quick to effect a much-needed transition to an entitlement regime (rights to employment and education), it has dragged its feet on key reforms such as the introduction of a single goods and services tax, which would unify the country into one economic entity by putting in place a common tax regime.

This is understandable if viewed from the prism of the 1970s. It would require giving up enormous discretionary powers and forcing a complete abandoning of the business-as-usual approach built around patronage—which derives from discretion. This was also manifest in the manner in which the creation of an anti-graft institution such as the Lokpal has been so cynically thwarted, at least for now.

Those supporting status quo would be pleased. But there is an imponderable they should consider. And that is a populace defined by an overwhelmingly young demography riding a wave of aspiration. They, having knowing little else, either may not understand why their aspiration is being denied or, given their age, may be less tolerant. India’s polity need not acknowledge it, but it sure well should realize that it exists, especially those who look back fondly at the 1970s. The consequences of not doing so and instead dealing with them drawing from an ideology that is well past its sell-by date could be devastating.

Anil Padmanabhan is a deputy managing editor of Mint and writes every week on the intersection of politics and economics.