How bad is the economic situation?

Some optimists believe that the growth figures for the first quarter of the current fiscal that were announced last week suggest that the Indian economy has put the worst behind it. The economy saw a modest acceleration after three quarters of slowing growth. But the data does not offer much hope for a sustained recovery, since all the three main drivers of private sector growth - consumption, investment and net exports - continue to sputter. 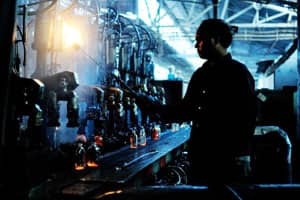 The Reserve Bank of India (RBI) pointed out in its new annual report that India has had 23 months of high inflation since January 2010, one of the longest such episodes. The most protracted inflationary crises were 35 months from February 1990 to December 1992 and 34 months from July 1972 to April 1975. These earlier episodes were accompanied by street agitations, something we have thankfully not seen, as yet.

The Prime Minister’s Economic Advisory Council has predicted in its report released in mid-August that the current account deficit would be 3.6% of the gross domestic product (GDP), lower than the level we saw last year but still very high at a time when global shocks could hurt capital flows into India. It has been argued that almost every country in the world is slowing down, so there is nothing special about the Indian slowdown. That is a half-truth. The economic slowdown in India is different because it continues to be accompanied by price pressures and external imbalances, a sign of structural problems rather than a mere cyclical challenge—engine trouble rather than a speed bump.

Now take a look at another set of numbers that show how the structural basis of high economic growth is being undermined. The splendid growth surge after 2003 was supported by rising rates of domestic savings and investment, as the fiscal deficit shrank and companies rushed to build new capacity. Things have gone into reverse gear after 2009. The domestic savings rate is now around six percentage points below its peak in 2007-08. Gross domestic capital formation is around three percentage points lower. The careless macroeconomic policies of the second Manmohan Singh government, especially the massive increase in the fiscal deficit, has thus not only been inflationary,?but has also put the long-term India story at risk.

One cannot blame Indian households. Their love for gold and real estate is a rational response to high inflation and low real rates of return on financial assets such as bank deposits. It is also likely that households have begun cutting back savings to maintain living standards through a process of “consumption smoothening".

The implications can be serious for future growth. “The persistence of inflation at a high average rate of 9% during 2011-12 further atrophied financial saving, as households attempted to stave off the downward pressure on their real consumption," said RBI in its annual report, and added: “The trend of falling savings rate, particularly that of public sector savings, needs to be reversed for adequate resources to be available to support a high-growth trajectory during the 12th Plan".

Calls for corrective action continue to be made, but this column has even earlier pointed out that our economic woes are not the result of some accidents, but the inevitable result of the politics of the United Progressive Alliance (UPA), with its preference for revenue spending over investment.

At the heart of this problem is the political strategy of the ruling alliance. “It gambled on the fact that the economy would continue to cruise in the fast lane, and thus generating ample tax revenues for the government to fund social programmes that would win elections. The fundamental flaw in this assumption is that growth requires investments, while the pattern of government spending has been skewed towards consumption… Much of our fiscal deficit is made up of the revenue deficit, a perverse stimulus to consumption in an economy that needs investment. The flaw is not just economic. It reflects a fundamental problem in the political strategy of the UPA," this column had noted in November 2011.

Niranjan Rajadhyaksha is managing editor of Mint. Your comments are welcome at cafeeconomics@livemint.com