Home >opinion >online-views >The tryst that became a lasting affair

The tryst that became a lasting affair

The tryst that became a lasting affair

I’m not going to bore you today with tales of the Beatles and Maharishi Mahesh Yogi, mainly because I already bored you with many such stories some weeks ago. But given that Lounge is focusing on The Beatles and their Indian connection, I feel tempted to throw in my own two bits.

In popular legend, the 1960s have become the India decade. After all, wasn’t this the time when hippies flocked to destinations such as Pushkar? When the world first discovered Goa’s beaches? When entire generations of Europeans travelled overland to India in search of peace, harmony and lots of cheap hashish?

Well, yes and no. 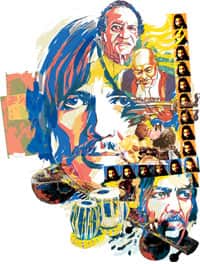 India was big in the popular culture of the mid-1960s but only in a limited sort of way. Mahesh Yogi had his moment of fame and the Hare Krishnas appeared on the streets of New York. Ravi Shankar made Indian classical music seem trendy.

But, contrary to how we remember things now, India was not such a big deal for the decade’s rock stars. I doubt if Bob Dylan, most of the Rolling Stones, Eric Clapton, or any of the folkies (Crosby, Stills, Nash and Young; Joni Mitchell; Simon and Garfunkel; etc.) ever made it to our shores. Mick Jagger displayed some interest in India — and he’s been a frequent visitor ever since — but that was in his capacity as millionaire Brit jet-setter, not as Jumpin Jack Flash.

The reason we think of India as having loomed larger in the consciousness of the counterculture than the facts warrant is because of the connection with the Beatles. For most of the 1960s, the Beatles were pop music royalty. They wrote the best songs, sold the most records and set all the trends.

But, even here, we exaggerate. When the Beatles first came to Maharishi Mahesh Yogi’s ashram, they were drawn by the swami’s message, not by the country. If Mahesh Yogi had invited them to Wales (as he did once) they would have gone there instead.

Nor did they particularly enjoy their time in India. George Harrison’s wife Pattie Boyd has written about the mosquitoes and about the inability of most of the band to eat any Indian food. Ringo was especially unhappy. Paul showed no interest in coming back to India. And John Lennon was soon to discover Japan.

In fact, the entire India boom can really be traced back to a single individual: George Harrison, the man they called the quiet Beatle.

It was George who discovered Indian music and put a sitar part in John’s Norwegian Wood. In an interview in 1976, George told me how Inner Light, one of the Beatles’ early Indian-influenced songs, was recorded by him in a studio in Mumbai in the absence of the other three members of the band. They hated it and it only came out as a B side.

His later experiments — Within You Without You on Sgt Pepper and Blue Jay Way on the Magical Mystery Tour — were generally recorded with other musicians and more or less, disowned by the band. Can it be an accident that right after Within You Without You ends on the Pepper album, you can distinctly hear the sound of the other Beatles laughing?

George’s interest in Indian music led him to Ravi Shankar and it is largely because of his patronage that Shankar broke through to a Western audience. Later, George would also play a role in promoting Ustad Ali Akbar Khan, Ustad Allah Rakha and his son, Zakir Husain.

Even Indian philosophy and religion reached the counterculture largely because of George’s influence. He told me in that 1976 interview that Paramahansa Yogananda’s Autobiography of a Yogi was probably the book that changed his life. George took the Beatles to Mahesh Yogi and after things went wrong, he then took up with the Hare Krishna movement. The hit single version of the Hare Krishna mantra was recorded in London under George’s watchful eye and later, after the Beatles broke up, George took to greeting audiences with “Hare Krishna!", a massive cultural shock for crowds who were more used to such greetings as “Hello Seattle! Are you ready to rock?"

Why didn’t the other Beatles share George’s enthusiasm for India? His view was that we tended to forget where the Beatles came from. They were just four working class lads from Liverpool. Even America seemed strange and distant. None of the Beatles was fond of “abroad" and they nearly always got into trouble when they travelled. Paul McCartney turned up in France to shoot The Fool On The Hill segment of Magical Mystery Tour without any French money, not having fully grasped the concept of foreign exchange. And of course, many years later, when he went to Tokyo, he spent his entire stay in jail. Even John and Yoko were content during their famous ‘Love Ins’ to check into Hiltons in European capitals and to spend the entire time in bed, ordering room service.

To expect such people to understand India with all its mosquitoes, complexities, religions and spicy foods was unreasonable. George told me that the Beatles regarded his Hindu habits (such as vegetarianism) with amused incredulity and despite the success of Norwegian Wood, were reluctant to let him put sitar parts in more songs.

I often wonder whether it is a coincidence that the counterculture’s interest in India faded along with George’s solo career. His big moment was the 1971 Concert for Bangladesh, which began with Ravi Shankar playing a rapturously received set. By 1976, when George undertook a concert tour of America and took Shankar along, audiences had lost interest. The tour was a flop and the hall emptied when Shankar played.

I asked Shankar about the 1960s. He reckoned that the vast majority of young people who cheered the music on had no idea of what they were listening to. They just believed that they were supposed to like the music and many fans, to Shankar’s horror, believed you had to be stoned to listen to the sitar.

But he argued that once the hash-hippie following faded, a hard core of genuine Indian music enthusiasts remained. And, he gave George the credit for creating that following.

I told Shankar that nothing summed up the musical illiteracy of audiences during that era better than his famous remark at the Bangladesh concert. After he had tuned his sitar for a few minutes, the audience clapped wildly. Shankar paused and then said, “If you’ve enjoyed the tuning up so much, I hope you’ll enjoy the concert even more."

Was he being earnest? Or was there a dash of sarcasm in the remark?

Shankar smiled. Of course, he was being sarcastic.

So I guess you could say that India had the last laugh.