Caution to prevail in markets

Caution to prevail in markets

Indian stocks were hit last week by the murky global economic outlook and a worsening domestic economic scenario, which pushed the benchmark indices down by about 2%. Concerns over the monsoon were heightened further as rains continued to evade expectations, forcing analysts to rework their calculations to take into effect the likely consequences of a failed monsoon season on the Indian economy. Soaring food prices and uncomfortable levels of inflation scared the stock markets again as there was a strong sense in the market that the Reserve Bank of India (RBI) may maintain its monetary policy and thus, keep rates on hold in its policy review meeting on 31 July. This sentiment led to a sharp fall on the bourses in the middle of last week, led by lenders and interest rate sensitive stocks.

Adding insult to injury, the fears about the quality of assets in government-owned banks caused extensive damage to public sector banking stocks after Punjab National Bank and Union Bank of India posted a sharp rise in non-performing assets (NPAs) on Friday. This was in strong contrast to the performance of private lenders as on the same day. ICICI Bank Ltd said its NPAs fell in the April-June quarter. In the previous week, a central bank panel recommended tightening regulations on loan restructuring, including setting aside higher provisions, which was actually a strong indication of what lies ahead. Not surprisingly, the banking index fell 3.4% last week, contributing heavily to the fall on the bourses. 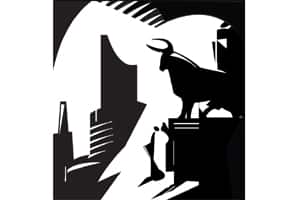 I think perception will rule over reality as the Indian markets will add to gains on Monday. However, the gains will be limited as extensive caution will prevail ahead of RBI’s policy review meeting on Tuesday. I think this time markets have somewhat adjusted to the realities and are better prepared. Therefore, this time even if RBI maintains status quo and keeps the rates on hold, the markets may not react negatively, though there could be some knee-jerk reaction temporarily. Eventually, one hopes, the government will do something about economic reforms in the monsoon session. So far, the reforms story is disappointing. The markets will continue to keep tabs on issues such as foreign direct investment in retail and aviation and issues related to diesel pricing. This week will be interesting from the economic indicator’s point of view as well as the monthly auto sales. HSBC Markit manufacturing PMI (purchasing managers’ index) will be released on Wednesday and will reflect the economic trend. Globally, the beginning of the week will be positive over the proposed meeting of US treasury secretary Timothy Geithner with his German counterpart Bundesbank president Jens Weidmann and European Central Bank president Mario Draghi to discuss the US, European and global economies. Though it is not likely to lead to some announcements, it could possibly be a precursor to a coordinated action by the world’s mightiest central banks to tackle the economic crisis.

At home, the technical outlook of the market has improved following the strong gains on Friday. Now, the benchmark Nifty index on the National Stock Exchange has an important resistance at 5,142, which is likely to be a litmus test of market trend. If, on its way up, the Nifty settles above this level with good volumes, probability analysis suggests there are 84% chances of further gains. The next resistance will be 5,202, but it is not likely to be a strong resistance level and may not threaten the momentum. A close above this will make the case of bullish sentiments stronger. However, if the Nifty fails to clear that, it will go into a trading range. The next key resistance is expected at 5,268, which could see some consolidation and profit-selling. But this needs to be watched closely as a breach of this level will mean more gains.

On the downside, the Nifty has a moderate support at 5,072, followed by a strong resistance at 4,991 points. Technically, the Nifty should not go convincingly below this level.