See you in court is not just a line you hear in legal dramas on American television. More and more Indian customers have been emboldened enough to take legal action against errant manufacturers and service providers. The national consumer redressal department in the consumer affairs ministry has set up a three-tier mechanism of consumer courts at the national, state and district levels. Under the Consumer Protection Act of 1986, a person can take recourse at any of these courts for easy and quick redressal of his grievance against a trader, manufacturer or service provider. At present, there are 629 district forums and 35 state commissions with the National Consumer Disputes Redressal Commission (NCDRC), located in Delhi, at the apex. 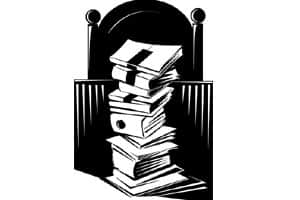 Where you go to file a case depends on the value of goods and services involved. If it is less than ₹ 20 lakh, you will have to file the complaint in your district forum. If it is between ₹ 20 lakh and ₹ 1 crore, you head for the state commission constituted in the capital cities of the different states. If you have been gypped big time and the value of what your purchased exceeds ₹ 1 crore, you pack your bags and come straight to INA market in New Delhi, where the National Commission is located. The district fora are headed by district judges, the state fora by a sitting or retired judge of the high court and the NCDRC by a former or sitting judge of the Supreme Court.

The complaint should be filed within two years from the date of cause of action. So don’t go around suing your tutorial class for not getting you through to the IIT in 1986.

People have been at suing with fervour and getting verdicts in their favour. Marquee names in banking have had to refund customers the excess equated monthly instalments deducted. A leading bank had to repaint a loan defaulter’s door after collection goons defaced it with paint as proof of their visit. And here’s my favourite one: A lady in Chennai gave two sarees to her dry cleaner after he assured her they would not get damaged. But when she collected them, they were faded and discoloured and he refused to compensate her. It was her turn to take him to the cleaners, so off she went and filed a complaint in the district consumer court and got full compensation. Some of us sure have a lot of tenacity, and of course, time.

Going legal has become pretty easy, with the presence of non-governmental organizations (NGOs) such as International Consumer Rights Protection Council (ICRPC) helping the consumer either achieve an out-of-court settlement or filing a case in the consumer court, if required. According to president Arun Saxena, ICRPC receives at least 300 complaints a day. A wronged customer has to pay ₹ 300 to ICRPC, give details of the dispute and the kind of relief he is seeking. Then he sits tight for 60 days. (ICRPC warns customers not to pain them about the progress of the case during this period.) Two months later, the unsuspecting merchant will find a legal notice at his door issued by ICRPC. If the issue is not settled even after sending notice, ICRPC extends further help in preparation of case papers for filing in the consumer court, for a nominal fee.

You will not require a lawyer as they give free guidance after making the case papers till the final orders of the court. Consumer courts allow you to present your own arguments. So there is no compulsion to hire a lawyer. If someone needs a lawyer and can’t afford it, the commission even provides legal aid for free. But mostly, the accused rushes to settle it offline upon receiving the legal notice. In one case, a passenger in a Tamil Nadu state road transport bus who had an injured foot, wanted to shift to a vacant front seat which had more leg room. The conductor refused to let him. ICRPC’s notice got a senior officer of the organization to visit the passenger in his house and apologize. The NGO’s website boasts of many success stories where various airline and telecom companies and even Mahanagar Telephone Nigam Ltd have settled in favour of the customer.

Vandana Vasudevan is a graduate from the Indian Institute of Management, Ahmedabad, and writes on mass urban consumer issues. Comments are welcome at toughcustomer@livemint.com