Last month, Congress MP Abhishek Manu Singhvi stepped down from party positions he held after a controversial CD reportedly featured him. Singhvi then released a statement to the media. I found the document very interesting, not out of curiosity about the content of the CD, but because of Singhvi’s command of English vocabulary and his style. The final paragraph of his statement was in the nature of a peroration, using strong assertive language. There were many words that could send a reader to the dictionary. 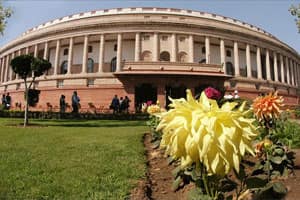 The second word that I found interesting was “contumaciously", a word that you are not likely to encounter in your reading. Shakespeare had made the word “contumely" popular, in the famous words of Hamlet, “the oppressor’s wrong, the proud man’s contumely". This word and contumacy have been traced to the root contumacia. Contumely means scorn or contempt. Contumacy has a more relevant meaning here, namely refusal to appear before a court or to comply with a court order.

The last paragraph contains two near synonyms, “salacious" and “prurient". Salacious is from Latin salax, “lustful". Originally salax meant “fond of leaping", and was taken to refer to the male animal making sexual advances by leaping towards the female. The dictionary defines salacious as tending to arouse people sexually, showing excessive interest in sex.

“Prurient" has a similar meaning, “marked by an immoderate interest in sexual matters, depicting sexual conduct in an offensive way."

“Prurient interest" is used as a legal term, especially in finding a definition of “obscene". A book like D.H. Lawrence’s Lady Chatterley’s Lover could be banned, as it was said to “corrupt minds that are open to such influences." Such a definition of obscenity is no longer acceptable. Prurient interest is defined in law as “a morbid, degrading and unhealthy interest in sex, as distinguished from a candid interest in sex." By today’s definition of obscene or prurient, a book (or a CD for that matter) cannot be banned just because it has stray passages depicting sex; the material should be judged as a whole. Second, only contemporary community standards should be applied, not idealized, unreal standards. Third, the work should be without any artistic merit.

Singhvi’s is not an isolated instance. India’s Parliament has distinguished speakers with an enviable command of English. Jawaharlal Nehru’s speech: “India wakes to freedom" is still remembered as a classic. When one speaks of world English, India’s contribution to it becomes significant. Mark Tully, former BBC correspondent, observed that the one advantage India has over China is the ability to speak English.

When you cross the Bay of Bengal, the situation is different. According to a BBC report, around 15,000 students from the Malaysian state of Johore travel across the border into Singapore every day. The reason: they want to learn English. The Malaysian government has eased out schools that teach in English and made Malay the medium at school.

So parents in Malaysia seek drastic ways of letting the children learn English. Their school van picks them up at 4.30 am. Their passports are safely deposited in a pouch hung around the neck.

Comments are welcome at otherview@livemint.com