Of heads, elbows and rooms

Of heads, elbows and rooms

The day after the Union finance minister categorically, and quite correctly, ruled out any scope for fiscal stimulus, the Reserve Bank of India (RBI) suddenly discovered elbow room for cutting interest rates to push growth. This is the new anatomy of the Indian economy: since there is no headroom for fiscal stimulus, there has to be elbow room for monetary policy action.

The compulsions are clear. Both these policy “guidance"—one negative and one affirmative—came as soon as the data showed that growth had slumped to its lowest level in nine years’ threatening to pull the gross domestic product (GDP) growth to below the comforting number of 6%. The stated understanding of the Union finance ministry is that it is RBI’s tight monetary policy reflected in high interest rates that “is coming in the way of consolidating recovery". Never mind that it is more about slipping into recession than strengthening a recovery. 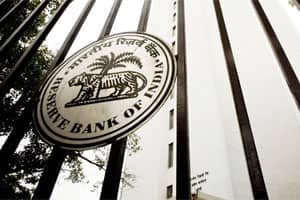 Historically, in mid-1960s when Indian industry went through its longest phase of stagnation, real interest rates were at their lowest level. And in mid-1990s when corporate investment cycle and industrial growth peaked, interest rates were at their highest. The third nudge for RBI to nibble at the rates is coming in from central banks all across the world. Most central banks in the world are cutting in the rate reduction phase. RBI, it seems is feeling particularly compelled to follow suit, in view of China’s central bank cutting its rates. So much for being elbowed into cutting rates.

What is not clear is: where is the room to reduce? After the steep policy rate cut which was delivered with a threat of reversal in April, what has changed in the last two-and-a-half months to embolden RBI to cut interest rates again? Between the time that RBI cut the rates in April and now, the most significant change in the economy relevant to an interest rate cut is the currency depreciation, both in nominal and real terms.

As was argued in an earlier column (“Manna for monetary policy", Mint, 3 October 2011) in an open economy, depending on the play of macro factors, currency depreciation can substitute for an interest rate hike or a cut. Given that at present India is facing a weak global demand, a higher and inelastic import demand, and a lower and elastic export demand, depreciation of the rupee can be either contractionary or expansionary. The net impact will depend on the extent of depreciation and the relative strength of each impulse.

The effect of the recent nominal and real exchange rate depreciation would have been contractionary had global commodity prices remained high. But with these softening—it is perhaps this that RBI is misreading as the elbow room—the impact at this specific juncture is effectively expansionary in monetary terms.

A recent JPMorgan report has tried to quantify the extent of expansion. It has been estimated a 10 percentage points depreciation of the nominal exchange rate is equivalent to a 1 percentage point or a 100 basis points reduction in the interest rate. Coming at the back of a 50 basis points cut in April, this is a significant extent of monetary loosening caused by the exchange rate depreciation.

Further, going down the road of a rate cut will bring the monetary and credit policy in direct conflict with the risk-based pricing policy of individual banks and consequently impair their operational risk management. From the risk perspective, there can be no two ways about the increased credit risk in the system. The net result of this would be that even if RBI does cut policy rates, it would not be transmitted as a reduction in lending rates. Thereby, the whole purpose of cutting rates to induce growth would be negated.

Yet, the risk of inflation driven by currency depreciation would be heightened. With rupee-denominated oil inflation affecting the Wholesale Price Index (WPI), it is axiomatic that a weaker rupee boosts oil inflation: in May 2008 when the rupee depreciated 5%, WPI rose by 4% over the next three months. For the moment, this has been moderated by a softening of oil prices. The question is for how long.

At the end of the day, all that would be achieved by rate reduction will be an increase in the risk profile and propensity of the domestic economy and its financial institutions.