The story of a song

The story of a song

I am not sure if “all-time favourite" would be an appropriate term to describe those pieces of recorded music that journey with you for decades through the labyrinthine twists and turns of your life. But for lack of a better term, I would put it to use to introduce a track, Akeli Dar Laage, that has been a most wonderful and comforting companion to me for several years—and in diverse situations. This is a Dadra in Raga Pahadi sung by senior Patiala gharana vocalist Jagdish Prasad. Sung in his effortless style, it belies years of rigorous training and riyaaz which, when blended with brilliance and virtuosity, produce a master musician. 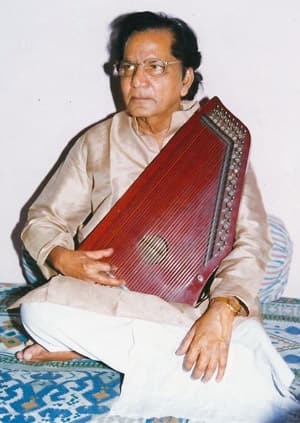 The singing has an expressive quality, and moves from alaap to lyrics, which say “Shaam bhayiGhanshyaam na aaye, akeli dar laage...." (My Lord hasn’t arrived, and I’m afraid of being alone). Improvising on the words dar laage in a myriad ways, the singer works like a jeweller, embellishing, gilding, working now with filigree patterns, and sometimes leaving a phrase starkly unornamented.

Then it is time to move on to each of the two antaras in the composition, which construct a narrative of love and longing on a rainy evening (barkha ki saanjh), with the skies streaked in different hues of pink as the sun sets (aakaash gulabi), a balmy breeze (narm hawaa). This is nothing out of the ordinary in terms of imagery, but Jagdish Prasadji’s singing and the inimitable tabla accompaniment of the legendary Nizamuddin Khan Sahab transform the piece into a classic. Though the influence of his guru Bade Ghulam Ali Khan Sahab is amply evident in Prasadji’s singing, there is no trace of the imitative quality that followers of a distinctive style often fall prey to.

For years, this has been the track that I have played when I want to hear a voice that sings with effortless mastery. It has also sung to me on many a long drive from one city to the other. It also happens to be one of the last pieces of music that my mother heard as she lay battling lung cancer at the very end of her life.

As soon as she heard the first minute or so of the track, she looked up from her hospital bed and asked “Jagdish Prasad?" In a few hours, she was gone.

In July, Prasadji died in Kolkata, where he had lived for many years. But for his admirers he leaves behind his voice and his music, immortalized in recordings like Akeli Dar Laage.

Write to Shubha at musicmatters @livemint.com