I start my travels with a tweet. Most of my meetings, talks and visits are logged on Twitter. Each journey ends with a brief travelogue and photos uploaded on Facebook. There are many tools such as Posterous that can integrate all these activities simply through an email. Easily and swiftly, my message directly reaches to a few thousand relevant people who further propagate the message to many more with their Facebook likes, Twitter retweets and many other share tools. This power is now available to anyone with an Internet access—about two billion people. And the impact is seen on contemporary history, which is witnessing some unprecedented challenges. 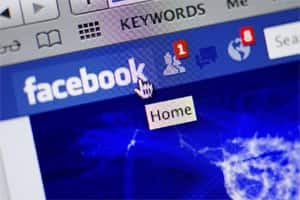 Increasingly, citizens are being credited with breaking stories, instantaneously at the time an event takes place. More importantly, now the traditional media regularly tracks online citizen networks to connect with the pulse of the people during conflicts, controversies and ongoing debates. Often, the media depends on live reporting by common citizens, especially during critical events such as natural disasters. Mainstream media is discovering alternative ways to deal with controversies by using and leveraging social media. Once sensitive information is made available in the public domain, as in WikiLeaks, then mainstream media picks it up as it can no longer avoid it.

Young people are present in significantly large numbers in all these movements. Enterprising youth are increasingly using social media websites to come together in groups to share their concerns regarding issues such as lack of quality education, shortage of jobs, inefficient local administration, disenchantment with government policies and serious lacunae in the judicial system. This has led to many more citizen groups all around the world who are taking upon themselves to define the social and political agenda.

An interesting example is the case of “Pul-e-Jawan" (Bridge of the Youth), which is the first ever initiative linking the youth in India, Pakistan and Afghanistan. There are many forums that connect India and Pakistan, but probably none that connect all the three countries, which makes it a uniquely powerful approach to address the bilateral distrust and conflict among the three countries. Pul-e-Jawan is like a breath of fresh air in the hate-spewing conversations that are pervasive on online discussions and reflected offline by the almost incessant violence on the streets of the three countries. This idea was born in Afghanistan during a youth media festival organized by Internews in 2011.

The programme started in Kabul in September, when 15 citizen journalists from Afghanistan, India and Pakistan toured Kabul and interacted with leaders of various humanitarian efforts to bring back messages of peace and togetherness to their own countries. That has led to Pul-e-Jawan forums being initiated and led by Digital Empowerment Foundation in India and Bytes For All in Pakistan. The sharing by citizens at these forums are refreshingly authentic and seem to be bereft of stubborn dogmas or blame-game manoeuvres.

On 11 and 12 April, Pul-e-Jawan Pakistan was held in Islamabad, titled Celebrating Diversity—Social Media Connecting Pakistan and Beyond, with wide participation and response. On 14 April, the Pul-e-Jawan India forum was held in New Delhi, which brought together about 100 participants including citizen journalists, senior journalists, alternative media practitioners and representatives of cultural organizations to promote peace in diversity and conflict situations of India, Pakistan and Afghanistan. The event on 14 April went viral on the Internet because of live streaming and live reporting of the event. Pul-e-Jawan was the fourth most discussed topic in India on Twitter that day.

We recently launched Citizen Media Network (www.citizenmedianetwork.org) to encourage citizens and members of rural communities to express themselves through new media tools and get trained in digital journalism methods and techniques. We have also initiated an online certificate course in citizen journalism and citizen media leaders with with Indira Gandhi National Open University (Ignou). I invite all readers to work with us to facilitate conversations on accountability, credibility and transparency to ensure the constructive, ethical and healthy role of citizen journalism.

While citizen, alternative or social media is not journalism in its true sense, various digital tools, including mobile phones, community radio, Facebook, Twitter, blogs, podcasts, YouTube, et al, are adding to the value of information outreach and democracy of information. Aruna Roy, a member of the National Advisory Council, recently said in a discussion on Internet rights, “Internet is critical and is a great tool to correct the sensationalism and yellow journalism attitude of traditional media."

For me, the biggest change in the last couple of decades, as far as media and journalism is concerned, is that we are no more listeners, readers or spectators. The citizen now is as powerful as a writer, reporter or a broadcaster.