The Reserve Bank of India’s (RBI’s) surprise 50 basis points (bps) cut sends a strong signal to banks to reduce their lending rates as growth takes policy priority over inflation. To a large extent, RBI has front-loaded its rate cuts, which is prudent, given the lags in policy transmission. The question is, “What’s next?" A number of factors argue against further substantial policy easing. Second, the non-inflationary rate of growth (NIRG) has fallen. In other words, to keep inflation at the same level, the economy needs to grow at a much slower pace. This is due to supply-side bottlenecks, and until these are addressed to increase the growth potential, interest rates must remain higher on average in order to keep aggregate demand and inflation in check. As a result, while policy rates appear very high in a historical context, they are not as restrictive when NIRG itself is lower. Indeed, the backlog of orders index of the manufacturing Purchasing Managers’ Index (PMI) rose to a record high in March. Despite a general improvement in demand, power cuts and raw material shortages limited manufacturers’ ability to take on new business and customers’ propensity to place orders.

Third, inflation is suppressed in petroleum products, electricity, fertilizer and coal. Hence, a price hike is inevitable. This is inflationary in the near term and RBI needs to guard against it, although it will help reduce medium-term inflation by lowering aggregate demand. 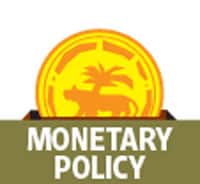 Clearly, the cost of cutting policy rates further is high. That is not to suggest that there are no benefits. Investments need a push. They are not driven only by interest rates, but the cost of capital clearly plays an important role. If investments remain as weak as they were in 2011, then there is a risk that India’s potential growth will soon slip below 7%.

Consumer and business confidence is sagging and rate cuts should provide a sentiment boost. Moreover, core inflation should remain much more contained this year due to past tightening. As such, another 25 bps cut in policy rates is likely in 2012, enough to boost growth at the margin, but not large enough to fuel excess demand.