Home / Opinion / Nuts and bolts of Satyam saga
Back
Share Via

Nuts and bolts of Satyam saga

Nuts and bolts of Satyam saga

On 7 January at 10.53am, a fax from B. Ramalinga Raju, chairman of Satyam Computer Services Ltd, to the board of directors, the chairman of the Securities and Exchange Board of India and the stock exchanges was like a multi-megaton bomb exploding in the face of corporate India. Raju admitted to multiple misdeeds which were so huge in their scale, so long in the making, so shocking in having escaped scrutiny and so disgraceful in their intent that they prompted the strongest possible comments from corporate czars.

The cooking of the books was staggering. Let me start with the worst swindle involving Satyam’s cash and bank balance (C&BB) which, as on 30 September, was inflated by a colossal Rs5,040 crore. Let’s understand this. 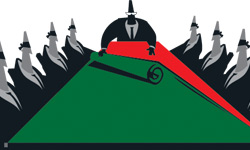 What a scandal! Satyam had no real cash. It wanted to acquire Maytas which has real assets. Since it had no cash, it would have been harsh to Maytas’ shareholders. In the meanwhile, Satyam would have real assets (“fill the fictitious assets with the real ones"). Through this acquisition, thankfully thumbed down by all institutional investors, Raju was hoping to close Satyam’s gap between real and fictitious money which had “attained unmanageable proportions". Raju felt that “Once Satyam’s problem was solved, it was hoped Maytas’ payments can be delayed. But that was not to be."

Thus, a desperately cash-strapped company was fudging its books to show non-existent cash to make an acquisition that it was in no position to pay for, for it to command valuable real estate which it could then show as fungible assets on its balance sheet.

That wasn’t all. Satyam put in the books non-existent accrued interest of Rs376 crore and increased current assets by overstating debtors dues by Rs490 crore. For the quarterly results 30 September alone, it overstated revenue, gross margins and cash and bank balances by Rs588 crore.

How could a scandal of this magnitude happen?

Whatever Raju says, there is no way that he could have done it alone. Period. Modern corporations need to create documentation to generate numbers. Fudges of this size need the connivance of the chief financial officer (CFO) and his minions and, at the very least, a blind eye of the chief executive officer (CEO) and the chief operating officer (COO). Consider this: How could Satyam falsify Rs588 crore of revenue in one quarter without the CEO, COO and CFO not being in the loop? In my book, they are either culpable or blind and dumb, or both—all good reasons for being investigated and sacked.

This disgrace also raises serious questions about PricewaterhouseCoopers (PwC), the statutory audit firm. The least that any auditor will do—even an article clerk apprenticing with an audit firm—is to actually verify a company’s C&BB. It’s a basic practice. How could the balance be inflated by Rs5,040 crore without PwC having a clue? And DSP Merrill Lynch realizing it in less than two weeks?

There are two possibilities: either the CFO’s office created false statements on the letterheads of sundry banks, and PwC accepted these without question; or that the audit team didn’t bother checking. Both constitute serious neglect of fiduciary responsibilities by PwC which is supposed to certify to the shareholders that the accounts are “true and fair". Equally, how did an inflated revenue of Rs588 crore for the September quarter escape PwC?

PwC will get hauled over the coals. US shareholders are preparing class action suits against PwC and the directors. The Securities and Exchange Commission will also pitch in. As will the US public company accounting oversight board, a body set up under the Sarbanes-Oxley Act after the Enron and WorldCom scams. If it is very lucky, it will be severely fined, lose many of its clients, have its Satyam audit partners punished, and become a shadow of its former self. Otherwise, it may be ruined by class action suits, and go the Andersen way.

Now to the role of independent directors. Here, I have three points to make. First, they erred grievously in agreeing to a $1.6 billion related party transaction with Maytas, even if with caveats. Second, contrary to what most journalists are writing, I wouldn’t blame them for Satyam’s fudging of accounts. They are not the management. At best, they directly interface with a company for 15 days in a year. They rely on both internal and statutory auditors, external news, whistle-blowing and scuttlebutt to get a picture of the company. When the statutory auditor presents a “true and fair" view of the company in audit committee and board meetings, there is not much that independent directors can do, especially if they have no prior suspicion about the shenanigans of the company. Third, there is no doubt that independent directors should spend more time with greater diligence on the affairs of their companies. They have to be more questioning, more critical, more forthright and less beholden to the management. These virtues have been in relatively short supply—not just in India but everywhere.

Finally, let’s admit that we were all wrong. Until the proposed Maytas acquisition, nobody ever wrote ill of Satyam; or that Raju was quietly fiddling the accounts. We accepted the numbers; analysed them to death; and praised Raju to the skies. Raju broke the 11th commandment: “Thou shall not get caught." We broke the 12th: “Thou shall have the brains to see what actually is."