The year 1995 proved a watershed for international intellectual property (IP) issues. It heralded the birth of the Trade-Related Aspects of Intellectual Property Rights, or TRIPS, an international treaty that set minimum mandatory standards for the protection of IP. These standards were immediately decried by scholars and policymakers as intrinsically unfair, as they benefited a small block of industrially advanced countries at the cost of poorer developing economies coerced into paying monopoly rents for imported knowledge goods.

Little wonder then that India’s initial tryst with TRIPS was far from rosy, and it refused to obey a neo-colonialist trade instrument designed to exacerbate existing inequities. However, it was soon dragged before the World Trade Organization (WTO) by the US and the European Union (EU) for failing to adhere to certain terms of the treaty. After a scathing indictment by WTO’s dispute resolution panel, India amended its law and introduced the TRIPS-mandated concept of exclusive marketing rights (EMR)—an interim monopoly in favour of certain kinds of pharmaceutical drugs. However, it craftily interpreted this provision in such a way that very few multinational drugs made the cut and obtained such interim rights. 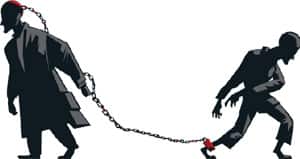 The stage had been set and India was on its way to mastering the nuances of “TRIPS flexibilities", a term best articulated in 2002 by Murasoli Maran, who in his avatar as the then commerce minister, famously remarked: “We are all aware that the text of TRIPS is a masterpiece of ambiguity, couched in the language of diplomatic compromise, resulting in a verbal tightrope walk, with a prose remarkably elastic and capable of being stretched all the way to Geneva."

Three years later, India inducted section 3(d) into its patent regime, effectively sounding the death knell for “evergreening"—a practice where existing pharmaceutical molecules are tweaked ever so slightly and exclusive patent rights claimed over them, despite such tweaking not delivering any real health benefits to patients.

In order to curb this practice, section 3(d) mandated that only those pharmaceutical derivatives that demonstrate real “efficacy" would qualify for a 20-year patent protection. This was perfectly compatible with TRIPS, which only laid down the broad criteria for the grant of a patent (novelty, inventive step and utility), without defining these criteria. Through section 3(d), India merely raised the “inventive step" threshold for pharmaceutical applications and ensured that only the most meritorious applications made the cut. Further, it also leveraged other TRIPS flexibilities by incorporating wide parallel import and compulsory licensing provisions within its patent regime. It is hoped that in the years to come, our generic companies would exploit these flexibilities to retain their competitiveness and deliver affordable drugs to patients.

India’s stand is, however, more nuanced than a simple objection to the upward ratcheting of global IP standards. Indeed, it advocates higher standards when its national interests so demand: Geographical Indications, or GIs, are a good example in this regard, and India is fighting to have reputed global brands such as basmati rice and Darjeeling tea enjoy the same level of heightened international protection as European wines. Similarly, it is pushing for an international agreement on the protection and utilization of traditional knowledge, particularly that is connected with its biodiversity.

In the 15 years that have elapsed since 1995, India has learnt the ropes and progressed from “tripping" over TRIPS to a more strategic “gripping" of it, wherein this contentious international instrument has been interpreted and leveraged to suit India’s national interest.

As it pushes forward with its impressive economic growth to claim a more influential spot in the comity of nations, India must ensure that it continues to protect its national IP interest, without being dazzled by the allure of free trade agreements dangled by the EU and Japan.

However, India must be careful not to conflate “innovation" policy with intellectual property policy. It must look for ways to incentivize innovation in its own right. In particular, much like the US, a National Inventors’ Hall of Fame to celebrate India’s most well-known inventors would be an excellent start. Similarly, we also ought to award national medals to our most promising innovators. Such awards are statutorily mandated in the US through the America COMPETES Act, passed in 2007. Although the Indian government appears to have drawn inspiration from this Act in framing a recent Innovation Bill, it has surprisingly left out this important feature.

Only a conscious effort at romanticizing innovation will help us leverage the one advantage that we have over the rest of the world: a large and creative workforce. Bollywood has already taken the first step in this direction by giving us an “idiotic" hero who makes innovation look cool. Can we now leverage this sentiment to ensure life imitates art?

Shamnad Basheer is the ministry of human resource development professor of intellectual property law at the National University of Juridical Sciences, Kolkata. Comment at theirview@livemint.com