PFRDA uses a supply-side hammer on a demand-side issue

PFRDA uses a supply-side hammer on a demand-side issue

As India’s various regulators meander their way through understanding what their role is, the need for a crash course in regulatory basics looks more important by the day. Registration of Pension Funds for Private Sector Guidelines announced on 12 July by Pension Fund Regulatory and Development Authority (PFRDA), have changed the basic structure of the National Pension System (NPS). A committee headed by G.N. Bajpai, former chairman of Securities and Exchange Board of India, had suggested changes in NPS aimed at increasing coverage. The first of these changes was implemented early this year with the sales charge changed to 0.25% of the invested amount, with minimum and maximum caps at ₹ 20 and ₹ 25,000, respectively. While it is still early days to say if this had any change in the number of investors buying into the product, PFRDA has gone ahead and implemented the rest of the report. This changes the investor-friendly and unique nature of NPS and has made it just like another collective investment scheme that will now compete with mutual funds and unit-linked insurance plans. 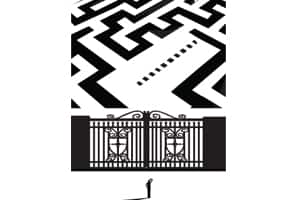 Additionally, we need to see this change in the light of the third change in NPS—that of moving the expense ratio from a fixed number arrived at by a bidding process to a number fixed by PFRDA. The ratio at 0.0009% per year was arrived at by a bidding process. The winner’s curse for UTI Asset Management Co. Ltd, that bid this amount, has been a price so low that it has made the business unviable. That number could have been fixed by another bidding process instead of a number that the authority will use. Another committee will sit and decide what this annual expense ratio is and use those in the mutual funds and insurance space as benchmarks.

By raising charges and allowing fund managers to give incentives to sales points directly, the basic structure of NPS is now damaged. It is no more a long-term government-sponsored pension corpus targeting scheme. Pensions are accumulated over 35-40 years of work life and costs matter more in such products compared with shorter-term products. Especially because exit is so difficult, they cannot be treated on a par with other investment-oriented products that offer an easier exit.

What could PFRDA have done? Two things come to mind at once. One, a big literacy blitz to popularize the scheme because the best product will stay on the shelf unless people know that it is there. Every country that has embarked on a national pension system has had to drum up attention to the product and its merits. Two, now that there is three years of performance to see, allow the returns to speak for themselves. In its wisdom, PFRDA makes it impossible to compare fund managers and returns. Disclosure rules on net asset value (NAV) and returns are non-standardized and attempts to visit fund managers’ sites to collect this data result in frustration. I went to the sites of all six fund managers and found it a nightmare to access the data. Why can’t PFRDA carry the returns of each fund manager and each scheme in a ready-to-use and compare format? What started out as an ambitious state-of-the-art pension system is now just another me-too product in a crowded market.

Disclosure: I worked with the erstwhile chairman of PFRDA—Dhirendra Swarup, the architect of the older version of NPS—as adviser to the Swarup Committee.