Thanks for Visiting Mint
You seem to have an Ad Blocker on. Please turn it off in order to continue, or whitelist Mint
HOW TO TURN OFF AD BLOCKER
OR
REFRESH IF YOU ALREADY TURNED OFF THE AD BLOCKER
Home >Opinion >Online-views >Making reforms meaningful

A policymaker gloating about India’s miss of the global economic crisis told me, “In any future debate between underperformance and crisis it was now clear that India must always choose underperformance." He rounded this off with a somewhat unarticulated, but widely held, belief of reform sceptics, saying, “Satyam and the global meltdown show that the profit motive of the private sector creates uncontrollable greed and crises". 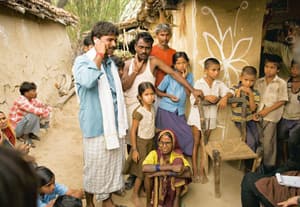 India’s “underperformance" is not captured by our financial markets, but the 300 million Indians who will never read the newspaper they deliver, drive the tractor they unload, or work in the factory they build. Our underperformance is not the absence of a credit default swap market (we don’t have a corporate bond market; is that a good idea?) or the absence of a taxpayer-driven recapitalization of our banking system (we’ve seen that movie 28 times since 1970 and know how it ends!) but our poverty.

The last 20 years of reform have reinforced that growth is a necessary, but not sufficient condition for poverty reduction; even though India’s population in poverty reduced from 55% to 28% between 1974 and 2004, the number of poor has stagnated at 300 million. As Nandan Nilekani says, “Economic reforms are not about rich guys buying Fendi bags or fancy cars. Reforms are about creating access and opportunities for the poor; the child who has electricity in his village to study at night, the mother who can use formal health care and the farmer who can reach his market via roads."

I have a ringside view of the tragedy we call our labour markets; most Indians can’t escape their financial, geographic or social opening balance (the ovarian lottery) because of inequality of opportunity. India’s labour markets and laws are hostile to market outsiders (less skilled, less educated, people from small towns, women, and so on). Our skill regime ensures that 58% of our youth suffer some skill deprivation. Our education system’s disdain for “learning for earning" and belief in the intellectual purity of “learning for living" means that 90% of our youth receive knowledge, while 90% of jobs need skills.

Reducing poverty needs changing the profile of India’s workforce by moving out of roles with low incomes and low productivity. Policy must accelerate, incentivize and facilitate four types of labour market transitions; farm to non-farm, rural to urban, unorganized to organized, and subsistence self-employment to decent wage employment. We must move people out of farms because having 60% of our workers generate 18% of our gross domestic product condemns them to poverty. Moving people out of villages is key because a modern “geography of work" requires clustering and 100,000 of India’s 600,000 villages have fewer than 200 people. Raising productivity needs reducing unorganized employment that is the slavery of the 21st century. Fifty per cent of our workers being self-employed is not an overweight Indian entrepreneurial gene; the poor cannot afford to be unemployed, so they are self-employed.

A crisis is a horrible thing to waste and this downturn is a unique opportunity to accelerate our four labour transition types with radical, immediate and surgical reforms to our education, employability and employment (3E) ecosystem. A mercilessly executed 3E agenda could save 162 million people from poverty over the status quo by 2025. This crisis reinforces that economic reforms are not about wealth, but opportunity creation [an interesting side debate is whether garibi hatao (eradicate poverty) can happen without ameeri banao (create wealth)]. Some people are using this crisis to make the dated case for the superiority of the state, but speaking for people who have seen that movie before, Vaclav Klaus, President of the Czech Republic says, “I am more worried about the response to the crisis than the crisis itself."

I work for a five-year-old people supply chain company that is a child of irrational optimism and lower hiring standards; we hired somebody every 5 minutes in our first four years. But that train may have left the station: In the last year, specifications for a front-end sales person in telecom have gone from “I need a pair of hands and don’t care if a brain comes attached" to specifying body mass index, no bleached hair and not more than two earring holes. This higher hiring standards shift combined with job losses make the 3E agenda even more urgent and important.

I recently struggled to answer my seven-year-old son’s question about why Singapore does not have poor people. The traditional Indian alibis of weather, caste system, corruption, Mughals, British and a short-sighted private sector seemed to explain too little to matter. But even he intuitively recognized that education, employability and employment are the only things that truly move the needle.