Burying the legacy of Pranabda

Burying the legacy of Pranabda

There are two broad thoughts that stand out in the Parthasarathi Shome report on reworking the general anti-avoidance rules (GAAR) introduced in the 2012 Union budget. One is that since this was a committee set up by the new finance minister, it is apparent that serious policy course correction is underway. Second, the tone and tenor of the report—seeking to reassure rattled foreign investors—underline the imperative of keeping the tap of foreign capital inflows running; clearly, the external sector is being perceived to be a clear macroeconomic threat and hence the importance of foreign capital inflows.

To be sure, the report is just a draft and is seeking public comments. And the government has the option to accept or simply stow it away in cold storage—like it has happened with so many other reports. This is very unlikely though, especially given the body language of the new occupant of North Block, P. Chidambaram.

It is likely that the Congress-led United Progressive Alliance (UPA) will use the cover provided by the expert group under Shome to not just distance itself from former finance minister Pranab Mukherjee’s legacy, but actually bury it quietly. An action that runs the risk of being questioned by a belligerent opposition because what was good some months back can’t have become undesirable so soon. If it does, it has to be taken by the UPA in its stride; short-term vanity cannot come at the expense of long-term prudence. 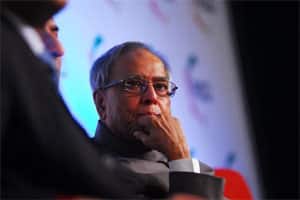 The Shome committee has unequivocally junked this notion by drawing clear markers between legitimate tax mitigation and deliberately contrived tax evasion. Distinguishing it at the outset, it goes on to press the reset button with respect to the draft GAAR guidelines that had been compiled under Mukherjee’s tenure. The unambiguous effort seems to be to reassure foreign investors.

If the message does go out as intended, then the UPA would have bought the country an insurance cover for the short term against any unexpected setback on the external sector. This is obvious from the fact that the committee’s recommendations gives preference to foreign institutional investors (FIIs) as opposed to foreign direct investment; one is short term and the other long term. The advantage with FII inflows is that not only will it come in quickly, it will also provide a boost to the stock markets—and we all know how the health of the bourses in new India is like a TRP of the government.

The new chief economic adviser, Raghuram Rajan, in an interview just before he took charge, identified the external sector as a possible macroeconomic threat; his concerns were about a possible meltdown in Europe. So far India has been able to bridge its clearly-out-of-line current account deficit on the balance of payments through foreign investment inflows. But thanks to the domestic policy paralysis, political gridlock and the fears of foreign investors, these inflows too were threatening to ease up.

If indeed the government accepts the committee’s recommendations in entirety, including GAAR’s launch in 2016-17, there could be an additional spurt in foreign investment inflows as investors rush to take advantage of this three-year window. From the policy planners’ point of view, this certainly cannot be a bad thing and provides a much-needed cushion while hoping that at some stage the UPA will get its act together.

In the final analysis, it is clear that the government is poised to rewrite the tax rules of engagement with foreign investors. More such seminal tax essays are on the anvil, including the Direct Taxes Code and the single Goods and Services Tax. So far, Chidambaram has a shown clear intent of closing out all these projects. If he does, then undoubtedly he would have etched his own special legacy on tax reform.

Anil Padmanabhan is a deputy managing editor of Mint and writes on the intersection of politics and economics. Comments are welcome at capitalcalculus@livemint.com