What is your first reaction if you come to know that 10% of seats in the Indian Institutes of Technology will be auctioned to the highest bidder from this year? What if a rich privately funded foreign university like Harvard does the same? Is it okay to pay children to read to incentivise them? Should prisons be turned over to private corporations to run? Should mercenaries be allowed to fight a country’s wars? These questions and more in the same vein were asked by the world famous Harvard guru of justice Michael Sandel at a public lecture in Delhi last week on the topic “What money can’t buy: The moral limits of markets". The topic was provocative enough to get a packed hall Wednesday evening and for all those who weren’t there, 12 lectures that are part of Sandel’s justice course are here: http://www.justiceharvard.org/watch/. 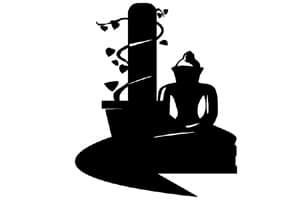 Sandel’s lecture came at a time when I was on the last few pages of Columbia professor Sheena Iyengar’s book The Art of Choosing (you can view her TED talk on the topic here: http://www.youtube.com/watch?v=lDq9-QxvsNU). Her book, through documenting hundreds of experiments, shows how too much choice actually cause action paralysis or poorer decisions when action is actually taken.

The most famous case is the jam choice experiment where fewer jam choices on offer convert into more sales and any number more than seven into fewer sales. Iyengar believes that seven plus or minus two is a magic number for effective choice—anything less is too little and anything more is counter-productive. More choice, after a point, is actually bad—that turns on its head the core of the market philosophy that more choice makes us more empowered and better-served consumers.

But then it seems markets themselves may not be the panacea that we thought they were in the past 30 years, specially when the fall of the Soviet bloc left markets as the only viable economic model. But Sandel’s work has been challenging that for more than 20 years through his basic argument that there is a list of things that cannot be handed over to the market because it distorts choices and makes a market economy move to a market society. He sees the presence of money in certain situations as a corrupting influence that prevents our deeper human qualities from asserting themselves. He tells the story of a Swiss village that was chosen as a nuclear landfill 20 years ago. When polled on whether they would agree to this or not, half the citizens said they would as it was their responsibility as citizens to take this burden. But when promised six weeks of wages for allowing the dump, just a quarter said they were willing. Our human qualities get distorted when money and markets come into the picture and Sandel is wary of a world where children are paid to read books, mercenaries fight wars for the country, prisons are privatised and thank you notes that kids write are paid for by nudging parents.

The questions I began the column with were asked to the audience by Sandel last week and got a mix of responses—some were OK with paying children to read, others felt that money would corrupt the essential joy that one felt through reading. But we were almost unanimously upset at the thought of a university auctioning seats. (Did we forget that donations that get rich heirs seats in Ivy League are another kind of an auction?) Education, it was felt, should be about equal opportunity and should be need-blind. As we stand in the half-way house with one-and-a-half feet in a command and control regime and little bits of the economy market-linked, such questions could be worth asking.

We probably need to debate the two ideas that have gained ground in the heart of capitalism, specially post 2008 and both turn the conventional wisdom of the last 30 years on its head: One, there is a limit to what can be turned over to the market. Two, too much choice is actually counter-productive.