The 2007 Nobel Prize in economics given to a trio of American theorists—Leonid Hurwicz, Eric Maskin and Roger Myerson—for mechanism design theory celebrates the importance of markets, institutions and efficiency.

The trio’s theories explain what happens when markets are not competitive enough or when information is unevenly spread. Mechanism design theory helps governments and companies design the rules that could govern transactions in such circumstances. 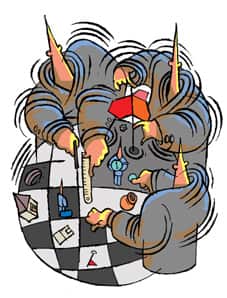 Consider an example. A government is in possession of a scarce resource, say spectrum frequency for telecom. It wants it to be utilized efficiently and earn the maximum revenue from selling it. What is the best way to do this. Negotiated selling? Auctions? A minister deciding on the price? Preferential allocation to existing players? Or giving away a portion to the maximum number of players for a fee? These are live issues in Indian telecom policy, right now.

The problem is the price various players are willing to pay may not truthfully reflect the value they attach to the spectrum. Companies may want to buy cheap and then later sell dear, making money in the bargain. Or they may want to outbid others to corner as big a chunk as possible and deter other players from entering the market.

Mechanism design helps us analyse results under different arrangements. These could be markets vs governments, capitalism vs socialism, various types of auctions, different voting procedures (for example proportional representation vs the first-past-the-post system) and even the choice between democracy and dictatorship.

At the heart of mechanism design is what are known as the incentive compatibility and revelation principles. These help bring out the true information from agents that they may not want to reveal otherwise. This could be the amount they are willing to pay for valuable resources like a carbon trading permit, spectrum allocation, groundwater, etc.

This allows aligning of interests of various stakeholders and correct pricing.

Mechanism design also permits “reverse engineering" of the problem to arrive at the best solution. This is the “design" part of the theory. While intuitive approaches to the problem have been known, a mathematically rigorous approach gives insights that are not possible otherwise.

Today, established applications range from matching of doctors with medical residency programmes in the US to auctions of telecommunication spectrum.

India, too, can reap benefits especially in case of schemes that provide public goods. Poverty alleviation programmes and public purchases of foodgrains suffer from obvious incentive compatibility problems. These could be sorted out by using better designed institutions.

The subject borrows heavily from game theory. Of the three laureates, Maskin and Myerson are accomplished game theorists, with many seminal papers on the subject. The Nobel Prize committee has awarded the prize on two earlier occasions, in 1994 and 2005, to game theorists.

Perhaps it’s apt to sound a cautionary note. From the dark 18th century ruminations of Thomas Carlyle about the dismal science to the cold war origins of game theory, the extreme mathematical direction taken by economics has dismayed many. A historian of the subject, Philip Mirowski, has shown how game theory fits into the paradigm of economics as a “Cyborg science". For practitioners of the subject, that may be an extreme view, but there is no dearth of talented, mainstream economists who point to the poor link between models and design on the one hand and the real world on the other.

Is this the age of game theory? Write to us at views@livemint.com