The value of Indian mergers and acquisitions (M&As) fell in 2011 to $18 billion, from $45 billion in the previous year. With the steep decline in M&A activity, Indian promoters have been increasingly looking at private equity (PE) investors as a source of capital to fund their expansion.

Indian businesses haven’t been able to fully capitalize on PE and venture capital (VC) funds. One of the main hurdles is inadequate regulatory support. We have and continue to advocate the need for Indian policymakers to consider PE and VC as distinct asset classes and create a regulatory environment that’s more conducive to industry’s growth from these avenues of funding.

The effects of the volatile stock market and increasing interest rates are being felt by promoters trying to raise funds and investors and speculators borrowing against shares to participate in initial public offerings (IPOs) and the secondary market. Though about ₹ 1.8 trillion worth of fresh capital was raised by Indian companies from equity and debt markets during 2011, this was way below the record level of over ₹ 3 trillion mobilized in 2010. Higher interest rates, following the Reserve Bank of India’s policy action, have also squeezed the spreads for non-banking financial companies, which usually lend to investors and provide margin finance. 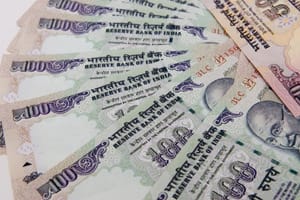 Real estate has possibly been the worst-hit sector, with promoters paying interest rates as high as 30% to raise money. Builders have found it extremely difficult to obtain finance. Where the promoters have arranged for funding through loans against shares, such loan tenures have varied from three months to a year while the interest rates have been determined on the basis of their risk profile, even as finance companies have become more selective.

Once attractive financial instruments such as external commercial borrowings and foreign currency convertible bonds (FCCBs) are not proving to be so beneficial to Indian companies any more.

In the current scenario, investors are worried about the FCCB exposure of Indian companies. Earlier, FCCBs were considered a convenient and quick way of raising funds for organic and inorganic expansion. It was possible to raise funds through FCCBs at competitive interest rates compared with borrowing costs prevailing in the Indian market. However, the volatility of the stock market and the depreciation of the rupee against the dollar have changed the equation for FCCB-issuing companies.

Companies across the globe are finding it harder to raise funds as investors sit on the sidelines and banks are in a capital-preservation mode due to the European debt crisis. Indian companies, too, are facing hard times.

The high cost of local funding forced many Indian companies to look offshore to raise dollars in 2011. Indian companies that sought overseas credit to expand their business are now burdened with huge foreign debt overruns.

Consequently, Indian companies can no longer count on foreign credit as a relatively cheaper funding alternative to expensive domestic borrowings. Wary financial institutions have pushed up the cost of offshore debt and made it scarce for all except the highest rated borrowers. As a result, small or mid-size organizations with looming repayments face the risk of defaulting, while those in urgent need of cash may have little choice but expensive rupee debt, adding to their interest burden.

The hurdles are many. Yet, India’s economy has remained on the growth path and this continues to provide PE investors a strong reason to look to the subcontinent as an attractive destination for investments. The pace and strength of industry’s future growth in India would accelerate once valuations in the country become more attractive and exits regain the momentum established in 2010—all through a conducive regulatory environment for investments, especially through foreign credit.

Bharat Dhawan is on Mazars India’s leadership board.