These are strange times in Europe. From London to Athens, Brussels to Berlin, unease is blowing about like so much volcanic ash. Just over a week ago, drifting in and out of sleep, I listened to the results of the British election as they rolled in. For a start, there were reports of chaotic arrangements at voting booths, which left many thousands of voters unable to cast their ballots. And then the results: a hung parliament. It was a muddle beyond recent memory in British elections. To my ears, though, the news rang familiar. Britain had just experienced its first Indian election—with results just as messy and indecisive as ours.

The non-outcome was especially humiliating, said a horrified Daily Mail the following day, “because the election was being monitored by a team of Commonwealth observers from countries including Bangladesh, Rwanda, Nigeria and Sierra Leone". Pas devant les enfants! After all, the British have long prided themselves on electoral tidiness. The Westminster first-past-the-post electoral model is designed to deliver decisive verdicts, and that model, like Britain’s philosophy of free trade, has played a key role in defining the country’s sense of itself. Coalitions, complicated electoral systems, and post-electoral bargaining between parties are, well—unBritish.

Throughout the election campaign, one could see Britain yearning for a clear political narrative that might culminate in a clean result. When David Cameron’s bid seemed to be losing speed, the media fastened on Nick Clegg. But his credible performance as a TV debater wasn’t enough to pump him up into a British Obama. The votes, once counted, told a less exhilarating story: of how nearly 30 million Britons didn’t concur, at all, about what their national plot line ought to be.

Now, the country is awkwardly absorbing what we in India learned some while back: the art of living with electoral haziness, ambiguity and lack of national consensus. And watching David Cameron, Gordon Brown and Nick Clegg fighting back sleep last weekend as they embarked on their tricky negotiations, I felt a little sorry for them all. Indian politicians, habituated to intensive post-election confabulations to form governments, give in to a good night’s sleep before they start their cattle-trading. 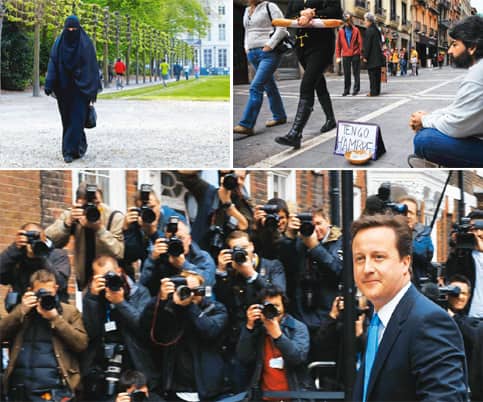 Britain’s collision with uncertainty is part of a more general European condition this spring. Greece is in economic free fall; Portugal, Spain, Italy, Ireland teeter on the edge. Resentments, long simmering, are turning ugly. And the great virtues around which modern Europe has built its identity—democracy, economic stability, a toleration for cultural diversity—are in shorter supply than I’ve ever seen them.

As the Greek economy collapses, Athens has been engulfed in a series of riots. Protesting students have torched cars and smashed shop windows, chanting “Burn it down, burn it down" about “that brothel parliament". The German government, trying to help out the Greeks with a pledge of $30 billion (around Rs1.35 trillion) taxpayer dollars, faces its own popular reaction. Voters have turned against the hitherto respected chancellor, Angela Merkel, and voted her party out of office in North Rhine-Westphalia, Germany’s most prosperous state. 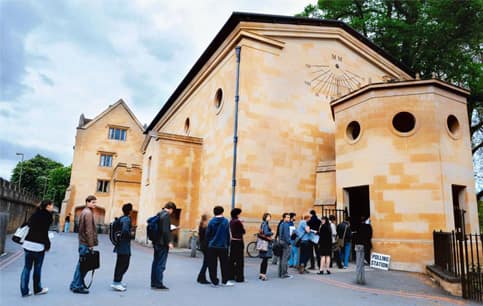 In Brussels, Belgium’s government has fallen for the third time in three years, torn apart by language battles between the Flemish and French speakers (“Long live free Flanders, may Belgium die," shouted a deputy of the Flemish nationalist party in the country’s national parliament earlier this month). In Hungary, which this summer assumes the presidency of the European Union (EU), a right-wing populist government has just been elected, borne along by a wave of anti-Roma and anti-Semitic xenophobia. In the Netherlands, which has prided itself on its tolerance of difference, another right-wing movement—this one’s main target is Islam and Muslim immigrants—is poised to do well in the June elections. A Swiss canton votes to ban minarets; the French parliament debates whether to ban the burqa. Meanwhile, at the EU, the leadership vents against the markets in which they previously placed such trust, for the markets are losing faith in the euro. One has intimations of a citizenry in the grip of fear—and a sense of decline.

Of course, the European Union has been remarkably successful as an economic project. The unified countries of the EU comprise one of the most powerful economic regions in the world, and that unity allows Europe’s economies to compete with the US and with Asia. Yet, in the absence of a common political will, the ability to manage economic unity and consistency of approach is starting to look shaky.

Paradoxically, the current European flutter is in part a result of the very success of the EU enterprise. The construction of pan-European, supranational institutions with effective powers has meant that national institutions, which can serve to integrate political and economic demands at the national level, are weakening. Yet they are not being replaced by broader pan-European solidarities. Politics is still played out within national frames: Elites compete for and gain national office, yet these governments have limited powers to fulfil the responsibilities that such office enjoins. Sensing this, electorates—disaffected with the sham of national politics—instead indulge in subnational passion. Local resentments and aspirations are aired—and are given default expression in choices that are no longer guided by national horizons but by more particular ones.

Meanwhile, Europe’s union, an idealistic vision, has been realized through a rigid bureaucratic apparatus that does not capture the imagination of its citizens. A generation of young Europeans has grown accustomed to the ease of movement, travel and the other conveniences permitted by the uniting of Europe. To them, it seems natural to have an espresso in Berlin in the morning, then sip ouzo on a Greek island at night. But increased contact among countries hasn’t created the anticipated fellow-feeling. The holidaymakers on Greek islands don’t return home with a more sensitive regard for Greek interests as against German ones. They come home German, with hangovers.

Right now, the only thing uniting the myriad local concerns, across Europe, is a popular dissatisfaction with incumbent leaders. Those leaders feel beaten down and sidelined at the global level too. For a decade and more now, they’ve struggled to chart their positions in a world map being redrawn by forces outside their control, but the European hope that an Obama administration would signal a new assertion of Europe’s global presence now stands rebuffed. While Barack Obama may share a European taste for multilateralism, nuclear disarmament and sharp suits, his words and travel arrangements convey a polite disinterest in Europe.

Meanwhile, Europe’s leaders feel squeezed against and bruised by Asia’s new economic energy and confidence. For evidence, one need only consult the transcripts released last week from Copenhagen’s climate change talks. A fulminating, finger-wagging Nicolas Sarkozy accuses China of hypocrisy. Merkel grimly admonishes the Indians for refusing binding emission targets. The Chinese and Indians pay the Europeans back in kind. To the Europeans at Copenhagen, it seemed that the other significant world powers were conspiring both to humiliate and to marginalize them.

The European Union, like the Union of India, is a political invention, and such inventions need continual self-awareness and learning if they are to survive. Obviously, India is beset with problems far greater than those faced by Europe: poverty; deep religious, caste and cultural contentions; weaker institutions; greater regional disparities. But when such differences are factored in, India’s performance is reasonably impressive. For all its shambling gait, its indecisive elections and coalition governments, it shows real adaptive ability.

Still, it’s silly for us Indians to indulge in Schadenfreude at Europe’s expense. This crisis-strewn, ash-laden European spring should instead be a lesson to us. While growing economic prosperity and integration may bring enormous benefits, they don’t inoculate any union from political upheaval.

Europe today is still in search of an idea of itself, an idea of Europe, and observing what’s happening there one has to think, too, of the fragility of the idea of India. Europe was self-confident once, as we have been feeling lately. But unity—ours, theirs—means little without constant examination, revision, and renewal.

Sunil Khilnani is the author of The Idea of India and is currently working on a new book,The Great Power Game: India in the New World. Write to him at publiceye@livemint.com