Budget speeches are getting longer. It is time for Arun Jaitely to keep them short, 1950s style 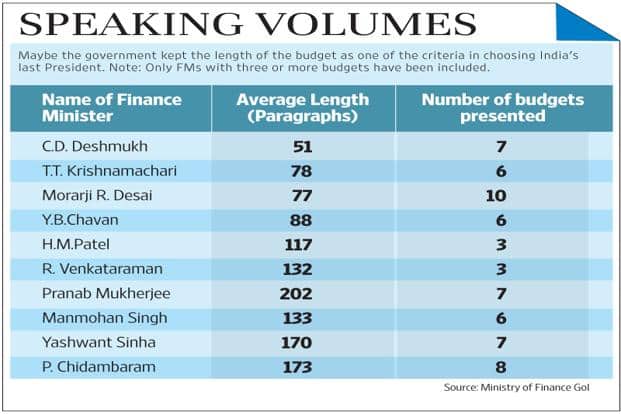 While the first budget speech of independent India had a manageable 39 paragraphs, Pranab Mukherjee reached the heights of garrulity with a mind numbing 220 paras in his farewell budget of 2012. His record for lengthy budgetary orations once prompted former Prime Minister Indira Gandhi to remark that “the shortest finance minister has delivered the longest budget speech."

While the length of budget speeches have risen along with economic growth, it is foolhardy to draw any correlation between them. Given the usual dreary nature of budget speeches, perhaps, Arun Jaitley should learn from former British Chancellor of the Exchequer Harold McMillan who once promised he “would try not to prolong the agony."