Home / Opinion / Online-views /  Do what governments do: use inflation to reduce your loan
Back
Share Via

Do what governments do: use inflation to reduce your loan

Do what governments do: use inflation to reduce your loan

So you read the headlines on Tuesday about the hike in the home loan rates and are wondering what to do: prepay that home loan or let it run on and allow investments to continue. I call it the classic “prepay or invest" fork in the road that the urban mass affluent investors face. There is enough money built up that can be used to make a significant dent in the home loan, but that would mean redeeming funds or selling stock (assuming that the money is not busy losing its shirt in a savings deposit), but should you do it?

Till earlier this year I would’ve told you to aggressively prepay the loan. Today I am saying the reverse. If you are a two-income household with the monthly outgo on the home loan fully funded with one salary, with enough left over for most monthly expenses, and have incomes growing ahead of inflation—please keep that home loan alive. Do not prepay, let your money run on in funds and other inflation-plus investments and get the kick that inflation gives to borrowers. I’ve changed my mind because the laws of the land got a little fairer for the middle-class home loan borrower, though most of us will still have to fight to get it right because the banks will not give in without a fight. But there is now a battle that is worth taking on. The older benchmark prime lending rate (BPLR) system that most home loans in India are still pegged to is a benchmark that banks only floated up and never floated down, to keep older borrowers paying more. There are cases of borrowers continuing to pay 14% on loans when new borrowers were being charged 9% using the corrupt BPLR system. From 1 July 2010, the base rate system has replaced the older system, allowing loans pegged to it to float up and down. The base rate is difficult to manipulate since a bank cannot announce two base rates—like they did with home prime lending rates. They cannot keep it artificially high since even the large companies borrow at base rate-linked rates and banks cannot lend below the base rate.

Now that the equation is fair, and we are in the middle of an inflationary period in time, we can do what the governments do—inflate away our debt. The biggest debtors in the world, that is, governments, use inflation as a strategic tool to reduce the load of their debt burden by simply printing more money to ignite inflation to take giant bites out of what they owe. The US used inflation to reduce its post-depression and post-war debt. The overworked printing presses in the US today could be doing the same to reduce the $11.8 trillion Federal debt overhang. Conclude US economists Joshua Aizenman and Nancy Marion in a November 2009 paper titled Using Inflation to Erode the U.S. Public Debt: “An inflation of 6% over four years could reduce the debt/GDP (gross domestic product) ratio by a significant 20%." 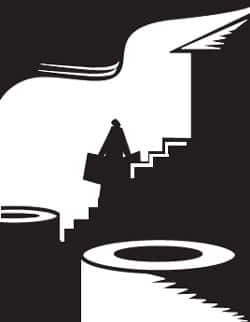 Work-related lunches find one sitting by tables occupied by women. The noisy, bejewelled women would always evoke some disbelief: Can one really spend somebody else’s money so happily? Turns out that I’m the one who needs to wake up and smell the coffee. It’s not money earned by men-who-work spent by women-who-lunch. These smart ladies are day traders! An old colleague who dabbles in day trading confessed—there’s lots of us, we are well educated, have worked good jobs but have quit to look after the home and kids. We miss the income but know enough to milk the market. Need a new pair of shoes: let’s see what the market will lay for me today. Need a holiday: must do some research and light that lamp to get some extraterrestrial luck. Losses are written off by the indulgent men, and profits are happily spent as pocket money. Nice!

Monika Halan works in the area of financial literacy and financial intermediation policy and is a certified financial planner (CFP). She is editor, Mint Money, and can be reached at expenseaccount@livemint.com