Thanks for Visiting Mint
You seem to have an Ad Blocker on. Please turn it off in order to continue, or whitelist Mint
HOW TO TURN OFF AD BLOCKER
OR
REFRESH IF YOU ALREADY TURNED OFF THE AD BLOCKER
Home >Opinion >Online-views >A giveaway anniversary

François Hollande, France’s first socialist leader in nearly 20 years, was sworn in last week at a ceremony at the Elysée Palace before flying to Berlin. The Guardian newspaper reported that the trip was likely to be Hollande’s first in his quest to “temper Europe’s austerity drive". In Greece, repeated opinion polls predict that voters will swing in even greater numbers to Syriza, the once-tiny hard-left party that surged to second place in this month’s election because of its promise to scrap austerity and Greece’s bailout agreements. Thousands of Spaniards angered by their grim economic prospects and political handling of the international financial crisis turned out in street demonstrations in the country’s cities, marking the one-year anniversary of a movement (demonstrators call themselves the indignants) that inspired similar pressure groups in other countries. In a brilliantly anachronistic move, finance minister Pranab Mukherjee called for austerity measures in India.

Despite Mukherjee’s recent call (with no details), the give-away culture is alive and well in India. The widespread belief is that this entitlement/welfare culture that has progressed in the last six-seven years is a creation solely of the United Progressive Alliance, particularly of the National Advisory Council that recommends policy. Alas, India’s reacquired dole culture is pervasive and cuts across party lines. Tamil Nadu chief minister Jayalalithaa tooted her own horn in all major newspapers of India last week crowing about her government’s achievements during its first year in office. The four-page jacket cover advertisement explicitly detailed dozens of give-away programmes. The highlighted points include rice at no cost, gold for women of marriageable age, mixies, grinders and fans for women, laptops for students and greenhouses with solar lights. The detailed schemes have some remarkable ideas such as battery-operated cars for senior citizens in temples, special scholarships for Olympic hopefuls, reduced age limit of 18 years for pension for the differently-abled, pilgrimage assistance for Hindus travelling to Mansarovar and Muktinath and digital cameras for government departments. Revenue and supply-side reforms made-up less than 10% of the 4-page spread and was largely restricted to memorandums of understanding. The infomercial proudly claims that the Tamil Nadu budget had crossed Rs1 trillion for the first time. 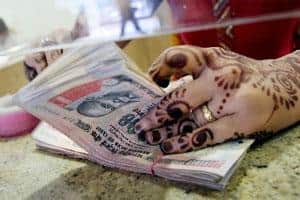 As politics becomes more factional, the structure of governance more federal and as parties go in and out of power, it appears that we have arrived at a fully unaccountable “spend and rule" policy in the states and at the centre. Parties vie with each other on how clever they can be with giveaways. The complex financial transfer arrangements between the states and the Union government allows each side to claim that the other is responsible for financial profligacy. Rice, bicycles and TVs have given way to gold, laptops and tablet PCs. At this rate, the much needed correction will only come when we drive ourselves into another balance of payments crisis.

Austerity may not be the right solution for a deflationary Europe faced with a demand bust. But austerity combined with reform is the right solution for a “stagflationary" India that is badly in need of supply-side improvements to service increasing demand. The first step to austerity in India is not about tinkering with “size of committees" and “first class travel"; it is about eliminating subsidies and killing wasteful entitlement programmes. As a target, the priority must first be to get rid of the revenue deficit, the difference between income and expenditure not including interest payments on debt. As a matter of principle, governments in the states and at the centre must get out of the business of day-to-day subsidies for all and instead provide tightly targeted assistance. As a step to achieving this, legislatures should ban any new item of subsidy for a new class of recipients. Chief minister Jayalalithaa’s missive is a good place to start—three of the four pages of giveaways should be blanked out.

The economic disease in Europe is different from the one in India. Persisting with the wrong drug here (anti-austerity) is likely to kill the patient.

PS: “There is no austerity equal to a balanced mind, and there is no happiness equal to contentment; there is no disease like covetousness and no virtue like mercy," said the wily Chanakya.