Over the past five years, 40% of forestland diverted for development projects has been used by mining and power projects, according to the Centre for Science and Environment. A record 87,884 hectares of forest land was diverted for projects in 2009. And 25% of all forestland used for developmental objectives since 1981 has been used in the past five years, according to the advocacy group. 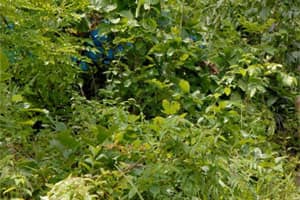 Last June, the Uttarakhand High Court admitted a public interest petition (PIL) on measuring gross environmental productivity (GEP) along with the gross domestic product (GDP) of the state economy. The petition argues that the state, in the current fiscal, will grow its economy by 9.2% with much of the growth coming from industry and infrastructure development. It adds that this does not present the true picture as Uttarakhand is an ecologically sensitive state and the development indicator does not reflect the growth of environmental components especially forests.

I’d also like economic indicators to start factoring in what can only be termed environmental income. For instance, in many states that have seen rapid development at the cost of the environment, indigenous people have become poorer because they lose income from non-timber forest products (NTFP) and are deprived of clean drinking water that once used to flow in forest rivers.

This ecological poverty is spreading across India.

Environmental metrics are not fads. GEP, when used in association with GDP, may present a true economic (and environmental picture).