Thanks for Visiting Mint
You seem to have an Ad Blocker on. Please turn it off in order to continue, or whitelist Mint
HOW TO TURN OFF AD BLOCKER
OR
REFRESH IF YOU ALREADY TURNED OFF THE AD BLOCKER
Home >Opinion >Online-views >An exit sans strategy is a tragedy

An exit sans strategy is a tragedy

An exit sans strategy is a tragedy

By either account, the start of 2012 must feel like annus horribilis for the US-led western strategy. Consider the following: in January came the YouTube video of four US marines urinating and joking over the dead bodies of three Taliban insurgents; in February the apparent inadvertent burning of copies of the Quran by US troops at Bagram airbase sparked off deadly riots; and in March a seasoned US sergeant, part of a formation responsible for ensuring the security of inhabitants located in remote villages in Panjwai district against Taliban attacks, ends up killing 16 civilians, including nine children, in coldblood. 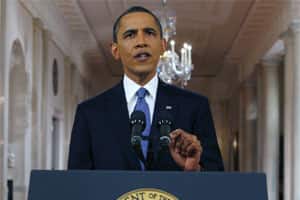 Ironically, the military strategy and its effective implementation were meant to provide the necessary space for the risky political and diplomatic manoeuvre of negotiating with the Taliban from a position of strength. Instead, these incidents have weakened the hand of the US and emboldened the Taliban to call off the talks. Although, according to UN figures, the Taliban-led insurgents have been responsible for the majority of civilian deaths, they have used the growing resentment of the local population against the high-profile incidents involving US-led troops, coupled with the reviled drone attacks and night-raids, to their political advantage. In addition, under pressure from a war-weary, suspicious and justifiably fearful population, Afghan President Hamid Karzai has threatened to confine the US and western forces to their bases. If imposed, this move will practically give the Taliban freedom to move unchallenged across the country and strengthen their hold.

For the moment President Barack Obama is resisting the pressure for a hasty withdrawal and is sticking to his plan of a gradual drawdown of troops by 2014 while coaxing president Karzai to allow the ongoing military strategy to run its course. However, this approach will be difficult to sustain if there is another “strategic corporal" incident, where the actions of a single low-level unit leader jeopardizes the entire mission at the macro level.

What is particularly unfortunate is that the US-led approach is the only game in town to prevent Afghanistan from descending into the chaos of another devastating civil war. None of the other major powers, including Russia or China or any of the emerging powers, including aspirant India (which has clear strategic interests in a stable Afghanistan), are either willing or able to step into the breach and take on this responsibility. Nor have they provided an alternative plan for the endgame. The same would also hold true for the United Nations, which is unlikely to want to take on sole responsibility, unless it is given the mandate and the wherewithal to carry out the assigned task.

While Afghanistan would once again have enforced its reputation as the graveyard of superpowers, this will come at a terrible to cost to itself. And that, whether you are an optimist or a pessimist, is the real tragedy.