The year 2013 has been marked by much higher fund flows to developed markets, at the expense of the emerging markets. But was this simply the result of a recovery in the Western economies?

Of course, there are many factors why the share of market capitalization and the share of GDP might be different. Markets are supposed to be forward-looking and it’s possible they may be seeing much higher US growth in the future and a dramatic slowing of Chinese growth. US market capitalization doesn’t reflect only the strength of the domestic economy because many US firms are global and their earnings come from high-growth countries like China. 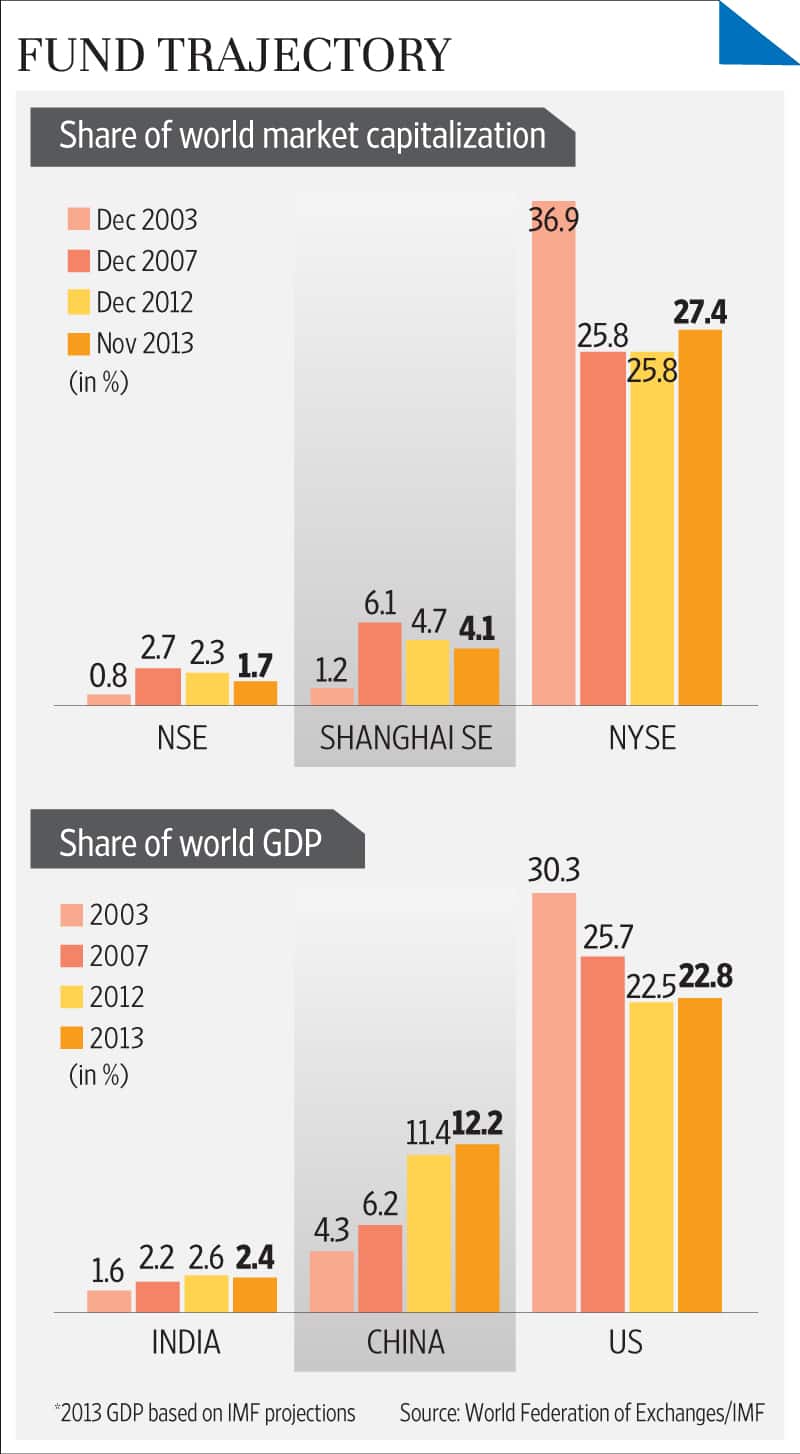 A recent research paper, Emerging Equity Markets in a Globalizing World, by Geert Bekaert of Columbia University and Campbell R. Harvey of Duke University argues that the gap between emerging markets’ share of global GDP and share of global market cap is an investment opportunity. They say: “Currently, emerging markets account for more than 30% of world GDP. However, they only account for 12.6% of world equity capitalization. Interestingly, this incomplete integration, along with the relatively small equity market capitalization, creates potentially attractive investment opportunities."

To be sure, the gap between shares of GDP and market capitalization may well be made up by new share issues. But is there a case to be made for investing in emerging markets based on GDP weights?

The paper finds that using an annual re-balancing based on the previous year’s GDP weights, the average geometric return of a GDP weighted allocation to emerging and developed markets has an annual average return of 8.3%. That’s against a return of 7.4% using market capitalization weights.

In other words, using GDP weights for allocation gives an extra return.

A paper by MSCI Barra, titled GDP weighting in Asset Allocation, in 2010 found that over the period 1988-2009, “The MSCI ACWI GDP Weighted Index has outperformed its market cap counterpart by 2.6%, annually, with a slightly higher risk. The return to risk ratio was significantly higher for the GDP weighted version. Similar results were seen for MSCI World and MSCI EM Indices with a GDP weighted outperformance of 0.7% and 4.5%, respectively."

The December survey of fund managers by Bank of America-Merrill Lynch found that a net 10% of them are underweight emerging markets. That, combined with the lower share of market cap compared with GDP, could lead to emerging market outperformance.