RTE and some realities

RTE and some realities

Disbelief is the common sentiment in the government schooling system. The disbelief is about that specific part of the Right to Education (RTE) Act, which mandates private schools to admit 25% students from disadvantaged and underprivileged groups.

This part of the RTE Act has been contentious because of other reasons, including (elite) private schools not wanting these “forced" admissions. But the government schooling system across the country, mostly the teachers, principals, and other academic functionaries are also riled. 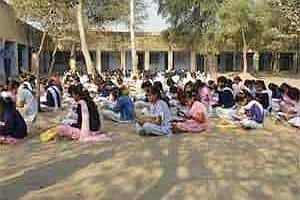 The key human issue is demotivation, for two reasons. If you are a teacher, and you see a constantly declining student number, it is not a heartening thing. The second reason is that they see this part of the Act and its implementation as a stab in the back by their own, a betrayal. They are unable to comprehend why would the government support the movement of children to private schools in this systematic a manner, gutting its own system.

Before any of us jumps to say “it serves them right…they don’t even show up for work", we should consider the fact that about 80% of the six million odd government teachers do show up for work, and a large number of them try to do a decent job. This issue is directly relevant for this large majority.

Let me point out that almost all teachers on the ground know that the increasing enrolment in private schools is due to reasons other than the quality of education. They know that the quality of education in private schools is, at best, as good as their schools, and is often worse. They know this through first-hand experience, and this is what nuanced research also suggests. I have elaborated on this theme in an earlier column. While private schools are a reality in our country, and they must also be improved, we definitely cannot do without a large, vibrant and good public education system.

This part of the RTE Act, like the rest of it, is well intended. The clamour for private schools discharging their “social obligation", and other such considerations, has forced this part in. However, in reality, it is a blow to the government (public) schooling system, which we will rue in the not-too-distant future. We will rue this not only for its effect on government schools, but also for the gravy train of corruption it’s going to start. Let me explain.

Every student from the disadvantaged classes, that a private school admits, will be paid for by the government. This payment will be decided on the basis of the current per child spend of the (state) government. For example, if Orissa government is spending Rs8,000 per child per annum in its own schools, private schools will be given a maximum of Rs8,000 per child admitted to fulfil this 25% “quota". The mechanism for this payment will be at the block level. The schools will file the applications with their actual per child spend, and the number of students they have admitted. This will be verified by the block and cluster level education department officials and the payments made.

Anyone who has the faintest idea of Indian realities can see the points of leakage in this system. Still to make it abundantly clear: the per child reimbursement demand from the schools will rise naturally towards the maximum, irrespective of the actual spend, and the student numbers and types will be fudged. All that this requires is collusion of the verifying officials. Last week in a small town in the Kumaon, Uttarakhand, an upright block education official said to me: “How can they be so silly, can’t they see that hundreds of crores will be siphoned off?".

The scale of this reimbursement to (over 250,000) private schools can currently only be roughly estimated: it could start in the initial few years with Rs1,000-2,000 crore and rise to Rs10,000–20,000 crore across India in less than a decade. These are substantial numbers, in a system which doesn’t have too much “discretionary" spend. Not everyone in the system, neither government nor private, is corrupt. However, given the moral standards of our society today, we can guess what is going to happen.

India could have gone the whole hog by establishing a common schooling system. In the RTE Act we seem to have accepted that while this may be the ideal, it is impossible to implement. So, we are trying to construct a hybrid model with forced social obligation on private schools.

We should know better, legislation cannot infuse social purpose and commitment. Good intentions are accelerating the ghettoization and withering away of the public education system, and another nationwide opportunity for corruption which will be uncontrollable.