Even as independent India marked its 65th anniversary with an uninspiring effort to redeem Nehru’s “pledge of dedication to the service of India and her people and to the still larger cause of humanity", belied by a huge internal dislocation of its citizens, there was ironically recognition of India’s growing global role, which went practically unnoticed.

A recent survey of the United Nations (UN) based on an exclusive poll of top international experts conducted by Foreign Policy magazine made two crucial assertions. First, that the single most important reform that would contribute to the UN’s effectiveness in the new century would be the reform of the archaic UN Security Council (UNSC), which still reflects the global power structure that prevailed at the end of the Second World War 67 years ago. 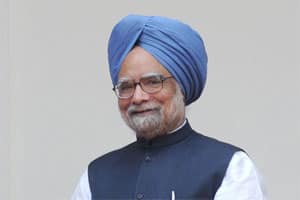 The support for India’s membership of the UNSC is particularly noteworthy given that the majority of the experts surveyed are from the global North, particularly the three Western UNSC members. In fact, even the only expert of Indian extraction who was surveyed is a French national. In addition, the experts included hard-nosed realists scholars (like John Mearsheimer), seasoned diplomats (like ambassador Thomas Pickering) and long-time policy experts (like Karl Inderfurth).

While there are several factors why the experts might have considered India as the most obvious choice for UNSC permanent membership, perhaps the most significant is India’s contribution to UN peacekeeping, which most of the experts considered to be vital to achieving the UN’s current top priority of ending wars and conflict. Indeed, neither India’s nuclear weapon status nor its membership of the Group of Twenty or G-20 countries (which it shares with the other UNSC hopeful IBSA members) appears to have been a relevant factor in India emerging as the top choice among these experts.

Despite this overwhelming endorsement by these experts, coupled with the publicly declared official support from France, Russia, the United Kingdom and the US, the prospects of India joining the UNSC permanently are non-existent at the moment. As Inderfuth commented, the UN’s biggest mistake in the past decade has been “not to aggressively pursue and implement the 21st-century reform agenda proposed by former secretary general Kofi Annan."

One key factor for this obstacle, according to the survey, is “irreconcilable member states". Indeed, as the ongoing intransigence over Syria has proved, until the breakdown of relations among the existing UNSC permanent members, particularly between Russia and China on the one hand and the three Western states on the other, is repaired and differences reconciled there is little chance, if any, that the broader reform process will succeed.

However, both Syria and the gathering storm over Iran provide a rare opportunity for India to try and devise an approach that might just be able to bridge the gap between the two camps. To do so, India would have to invest much more time and effort than it has done until now on seeking alternative resolutions to both these crises.

While India’s default position of abstention might have served it well in the past, it is no longer an option. Such abstentions now alienate New Delhi from both camps and also weaken its case for permanent membership. Increasingly it will have to take a position and also seek to get all the UNSC permanent members on board.

While this might well be beyond the abilities of India to achieve at present, it is worth the effort if New Delhi is serious about its tryst with destiny of becoming a permanent UNSC member.

W P S Sidhu is a senior fellow at the Center on International Cooperation, New York University. He writes on strategic affairs every fortnight.