What’s wrong with a peg of pee?

For a Hindu ascetic, notwithstanding his flowing saffron robes, Swami Agnivesh often talks like a secular, liberal from urban India. That may have something to do with his previous life as Shyam Vepa Rao, first as business management lecturer at Kolkata’s prestigious St Xavier’s College and later as a Haryana government education minister. Agnivesh is a crusader against injustice, whether bonded labour, exploitation of tribals or violence against minorities. 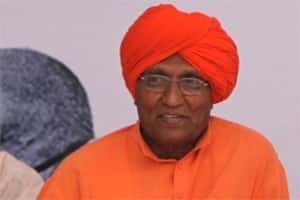 “I had this problem of bed-wetting till quite an advanced age," Agnivesh said in a statement released on Tuesday. “Shivambhu cure helped reduce it." Translated literally from the Sanskrit as “water of Lord Shiva", the practice of Shivambhu—and Agnivesh’s defence of Poddar—is rooted in the Hindu tradition that there are therapeutic benefits to drinking one’s own urine.

“While for many, the traditional cure may sound abhorring (sic) and feudal, I practised it myself for months on end when in Ambala Central Jail during Emergency," Agnivesh said, listing prominent Indians who practised urine therapy, including former defence minister George Fernandes, former Haryana chief minister Devi Lal and its most famous adherent, former prime minister Morarji Desai, who lived to 99.

None of this justifies what the warden forced on a now-traumatized girl. But it is a good idea to consider how traditional beliefs and instincts clash with modern science and middle-class morality.

Also called Swamutra Chikitsa, or “the medical practice of one’s own urine", the therapy of piss is not just rooted in ancient Indian ground. It has now spread the East and the West, as prevention or cure for sickness, to enhance beauty and for myriad other uses.

“More than any other method, urine therapy represents the principles of natural medicine," says the website of the Universal Healing Tao System in Chiang Mai, Thailand.

As in India, health systems such as Tao prescribe urine for almost any ailment you can imagine. Throat inflammation? Add saffron to your urine and gargle. Scurvy? Drink your own water for nine days every morning. Going deaf? Warm your urine and wash your ears with it.

In the West, urine therapy has been cited as cure against that most modern of ailments, cancer. In March, a show called My Strange Addiction on the Travel and Living channel in the US chronicled the story of Carrie, a 53-year-old woman who drinks, bathes, brushes her teeth and rinses her eyes in her own urine in the belief that it would help in her battle against cancer.

Writing in MedicineNet.com, a medical website, Melissa Stoppler, a pathologist at the University of California, San Francisco, says while urine can contain tumour antigens (a substance that provokes the production of antibodies, the body’s cellular defenders) there is no evidence that drinking, rubbing or bathing in urine will stimulate the production of antibodies or fight cancer.

The belief—erroneous, say experts—is that urine introduced into the digestive tract or elsewhere can spark the creation of antibodies capable of destroying the proteins that cause cancerous tumours.

“The quantities of substances, including tumour antigens, present in urine are typically minuscule compared with those already present in the blood and elsewhere in the body," writes Stoppler. “The bottom line is that drinking your own urine isn’t likely to be harmful, but it has no known medical benefit."

The most frequent real-life reports of drinking urine in the West come from adventurers and castaways who survived dehydration by using pee as a water substitute.

That makes sense; urine is 95% water. The problem is that as dehydration worsens, the kidneys—the body’s factory of urine—shut down pee production.

It is the non-water composition of urine—byproducts of keeping the body running—that excites modern advocates of urine therapy. What are the other components of urine? Chiefly urea (related to how much protein you eat), uric acid (which tends to crystallize and form kidney stones) and creatinine (a constituent of blood and function of muscle mass). Urine also contains common salt and about 100 substances in trace, or very small, quantities. Any or many of these could, theoretically, be beneficial.

One example is urokinase, an enzyme primarily found in urine (though it exists at other locations, such as the blood stream). Used as a drug, it prevents blood clots inside the body.

Last month, reports of male students peeing into pails placed in several schools in China’s Jiangxi province turned out to be the work of biomedical firms trying to extract urokinase for possible cardiovascular applications.

You may mock Agnivesh (what, asks one Twitter wit, is his favourite butter? Pee-nut butter), but it will be no laughing matter if the Chinese put their pee to good use.

Samar Halarnkar is a Bangalore-based journalist. This is a fortnightly column that explores the cutting edge of science and technology. Comments are welcome at frontiermail@livemint.com