The proposed doubling of foreign institutional investment (FII) limits in government debt from the current $10 billion to $20 billion is yet another example of temporary quick-fixes that are becoming a hallmark of Indian policymaking. In this instance, the move attempts to fix two problems in the short run.

The first is fiscal: Government market borrowings in 2011-12 have overshot projections; three auctions of sovereign paper have already devolved upon the central bank as the government’s borrowing began for the second half of the fiscal year this October; and long-term yields are poised to touch 9%. With such differentials vis-à-vis foreign interest rates, it is hoped that using some of the headroom available by lifting the cap on FIIs in sovereign debt will facilitate government borrowing, as well as temper the rise in yields. Compare this with the temporary bridge of disinvestment/asset sales as a substitute for fundamental reforms to repair the structural fiscal deficit and you get the trend of short-term fixes. 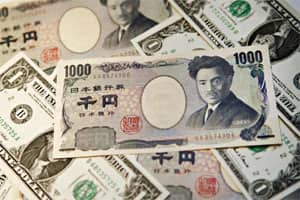 The nature of short-term portfolio capital is fickle, and the outcome may or may not correspond to the quick-fix solutions being explored. Compare 2010 with 2011, for instance. Capital flows were robust in 2010 and Indian markets were flooded with $25 billion of equity and $10 billion of debt investments. Ten months into the following year, 2011, and equity is a net outflow of $0.5 billion; debt inflows, although exceeding equity, have totaled $ 3.4 billion net so far. Yet domestic-foreign interest differentials are way higher than last year! The difference is the global environment, which was risk-on for most of 2010 and has been mostly risk-off in 2011.

• Is the 12th Plan Sustainable?

• A new mantra for human development?

• An agenda for privatization of education?

• More needs to be done to empower women

Using up the slack in capital account restrictions is good only up to a point. It cannot substitute for generating sustainable resources, viz. higher export earnings and foreign direct investments, to bridge the chronic current account deficit and reduce the currency’s growing exposure to wild to-and-fro swings in capital flow cycles.

The upshot may thus remain uncertain for who can predict the on-off mode of risk that drives global capital flows. If policymaking sought long-term remedies instead, that, by itself, would introduce greater certainty and reduce risk, both of which will attract foreign funds for sure.

Renu Kohli is a macroeconomist based at ICRIER, New Delhi; she is a former staff member of the International Monetary Fund and the Reserve Bank of India.