Thanks for Visiting Mint
You seem to have an Ad Blocker on. Please turn it off in order to continue, or whitelist Mint
HOW TO TURN OFF AD BLOCKER
OR
REFRESH IF YOU ALREADY TURNED OFF THE AD BLOCKER
Home >Opinion >Online-views >A pragmatic approach by Shome panel

A pragmatic approach by Shome panel

A pragmatic approach by Shome panel

The Parthasarathi Shome committee report is clearly a milestone in the journey of the general anti-avoidance rules (GAAR). It has not only considered the economic realities, but also took full cognizance of the realities on implementation challenges. The report, if considered as an expression of views by the government, makes good headway in bridging the trust between the taxpayer and the revenue department.

The moot point is whether the recommendations would help improve the investment climate. For sure, the recommendations on abolishing tax on income (whether business income or capital gains) from the transfer of listed securities would go a long-way to give a fillip to the market.

The existing foreign direct investment (FDI) in unlisted securities is recommended to be grandfathered. Thus, if a company makes an investment before GAAR comes into force, it will not come under GAAR scrutiny even it sells its investment say in 2025. 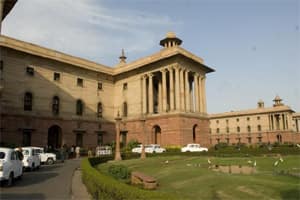 The moot point is whether the recommendations would help improve the investment climate. Photo: Ramesh Pathania/Mint

In that case, if the tax treaty with any country has specific anti-avoidance regulations (SAAR) by way of limitation of benefit (LoB), the taxpayer would need to satisfy the conditions provided therein. In case there is no such SAAR applicable, an existence of commercial substance would need to be satisfied independently.

It appears from example No. 11, as contained in the report, that having an office or employee in a particular country would be immaterial if the entire funding for investment was done from another country. This would in effect mean that typical investments would be denied the treaty benefit, if there is no SAAR and circular No. 789 is withdrawn.

Other important aspects of the report are highlighted below.

The report has clearly distinguished the tax mitigation from tax avoidance, and has given many illustrations to that effect, the essence being that the ordinary business choices should not lead to inquiry into GAAR.

The committee has recommended a monetary threshold of ₹ 3 crore of tax benefit in a year to apply GAAR. This, on one hand, would filter the smaller cases out and on the other hand would suggest the need of continued responsive legislation on specific tax-avoidance practices to ensure that the legitimate revenue is raised through voluntary compliance. It clearly highlights that the GAAR is not recommended to be used as revenue raising measure.

Using SAAR, which is amenable to voluntary compliance, is much more effective and efficient tool for raising revenue.

The report has recognized the business needs in difficult times of undertaking the corporate restructuring and clearly recommends that in a court-approved corporate restructuring, GAAR would not be invoked. Even the intra-group transactions with no effect on overall tax revenue have been recommended to be insulated from the GAAR. This clearly shows the pragmatic approach to the recommendations.

The report has taken a leap step in recommending two non-government members in the approving panel of five (including one retired judge of a high court), having expertise in the fields of accountancy, economics or business with knowledge of income-tax matters. This would lend credibility and independence to the whole process of invoking GAAR.

The deferral of GAAR by three years on the basis of economic conditions and administrative realities would help mature the thinking in respect of GAAR and accelerate the decision on investment in foreign direct investment (FDI).

The report has also recommended the need for training of tax officers and a time-bound disposal of the proceedings to ensure effective implementation.

If the recommendations are implemented, it would make the Indian GAAR legislation really fair and balanced, provided the withholding tax proceedings are not subjected to GAAR.