Passing up the bank passbook to make a statement

Passing up the bank passbook to make a statement

Passbooks were the norm across banks in pre-liberalization India. A long book that looked like a cousin of the chequebook and was treated with equal reverence by its owner. The patriarch of the house would set off for his neighbourhood bank branch in the morning and return at lunch after a leisurely chat with the bank staff. Among the activities conducted at the branch would be updating the passbook. The little passbook would be handed over to the teller, who would check the thick ledger and write by hand the details of each transaction. In the closing years of the 20th century, a small dot matrix printer was used to update the passbook. The passbook was a precious document that held within its pages the financial life story of the account holder.

The gusty winds of change blew in the 1990s when foreign banks started withdrawing passbooks and replaced them with the new kid on the block: the statement. As a service quality manager in a foreign bank at that time, I recall being inundated by a barrage of complaints. The passbook’s upkeep was controlled by the customer who could wander into the branch whenever he wanted to update it. With statements, the bank called the shots. They would send it periodically to the customer’s mailing address, which hopefully the customer had updated. It was also the customer’s onus to stay at home to receive the courier, else it would just get returned and lie with the bank. 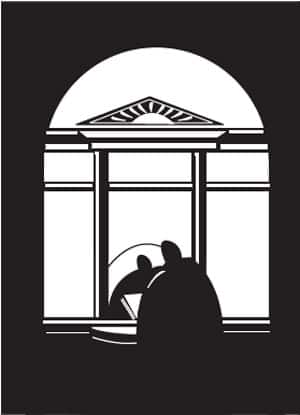 With e-statements, the trouble of filing loose sheets, misplacing statements and non-delivery by the courier have all vanished for the customer. For banks, it has cut cost of printing and mailing statements and managing returned packets.

Yet, one can’t completely do away with hard copies of statements. When applying for any kind of loan, you need six months’ bank statement in hard copy as part of the documentation. For any kind of address proof, too, you need to submit a paper statement endorsed by the bank—not just a print-out of the e-statement. Further, most customers still prefer printed statements to virtual ones (perhaps, because tangible documents about their money convey more seriousness and security) and bankers are trying to push e-statements, citing convenience and the need to go green.

So, given that paper is still a reality despite the environment police, are passbooks more customer-friendly than statements?

Anubhav Srivastav is not old enough to have used passbooks a lot, but he thinks they are. “You can flip a few pages of a booklet instead of filing lose sheets," says the 40-year-old risk analyst. “There is also more confidentiality. With statements, the watchman or courier boy delivering it can easily peek into it, especially if it is sent in a window envelope." Plus, being handy and compact, a passbook can be whipped out from the bag to check something and can contain even an entire year’s transactions. It is also an instant address proof.

In 2006, the Reserve Bank of India (RBI) issued a circular advising banks to hand out passbooks and if it offers statements, make it monthly and free of charge. Ambarish Vaidya, a chartered accountant in Pune, found out through a banker relative about the RBI provision, went to his branch of ICICI Bank Ltd and quoting this circular to the surprised officer, obtained an elegant passbook for himself. He has been happy enough to post pictures of the passbook on his blog. As far as maintaining printed records go, there are customers who believe you can’t beat the passbook. That’s possibly why almost all nationalized banks, who serve a majority of Indian customers, have not yet passed it up for the statement.

Vandana Vasudevan writes stories of mass urban consumer experiences. She is a graduate from the Indian Institute of Management, Ahmedabad, and currently works with HT Media Ltd.