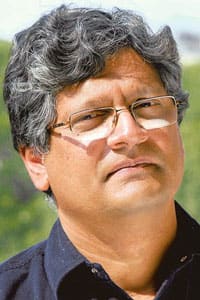 One idea that the Budget speech touched upon was that economic growth provides the resources to sustain welfare measures. This echoes a similar statement in the Economic Survey released last week. The idea is reasonable, but can be limiting if poverty is viewed exclusively in terms of government programmes. The point is, certain economic activities such as growth in agriculture or in the unorganized sector have an impact on poverty that is both immediate and durable compared with other economic activities or government welfare programmes.

Recognition that certain types of growth are poverty-reducing is important to define and discipline public expenditures. The minister made mention of irrigation investments as well as infrastructure investments under Bharat Nirman. The promise to restructure fertilizer subsidies and to move to a system of direct transfers is long overdue.

But what about dryland agriculture? About a quarter of the value added in agriculture comes from livestock that is particularly important to the livelihoods of poor rural households. Opportunities for public investment here are large. For instance, in a world rife with epidemics that originate from animals, disease control has benefits not just for this sector but for the wider economy as well.

It would be unfortunate if this government’s view of inclusive growth is confined to welfare programmes. The declining productivity of our agricultural research system, the collapse of public extension and the erosion of our land and water resources have wide implications for livelihoods and sustainability. Fixing these problems should be central to inclusive growth.

The National Rural Employment Guarantee Scheme (NREGS) is the showpiece social welfare programme. To maximize employment, NREGS limits the amount of money that can be spent on non-labour materials such as steel, cement and so on. This naturally affects the quality of assets. Enterprising administrators have used NREGS funds together with money from other schemes for investments in rural infrastructure relating to land, water and forests. The minister’s speech now proposes formal convergence of these schemes, which is a good thing and could remove some of the administrative bottlenecks.

However, the ambitions of the government seem to run far ahead of its capabilities. While the allocation to NREGS has been substantially scaled up to nearly Rs40,000 crore, it is questionable if it can spend that much because the programme has, since its inception, used Rs24,000 crore. Perhaps such exaggerated allocations lead the finance minister to be sanguine about the fiscal deficit projections.

A more serious issue is the finance minister’s statement that “we are committed to providing a real wage of Rs100 a day as entitlement under the NREGA". Wages in dryland agriculture are far below this level, and no employer would be willing to match it. Landlords—and their representatives in panchayats and state assemblies—would either sabotage these programmes or fill the muster rolls with their family members. If agriculture is curtailed in favour of NREGS, the government could end up as the largest employer in the countryside.

The Budget acknowledges the impending food security Act, but the dispute about the number of poor who will be subsidized seemed to have stalled it for the time being. One hopes that the legislation will only define the financial obligations of the Union government and leave the implementation details to the states. In particular, it should have the flexibility to allow alternative subsidy transfer schemes such as food coupons and food stamps to replace the seriously deficient public distribution system.