Home / Opinion / Online-views /  Should banks sell insurance at all?
Back
Share Via

Should banks sell insurance at all?

Should banks sell insurance at all?

Because much of policymaking in India is about lobbying power, we see some strange outcomes. Take the draft bancassurance guidelines, for example, that lay down the rules of bank tie-ups for insurance companies. The weird spectrum-like allocation of banks to insurance companies is a classic example of a compromise that benefits no one and will actually harm the market. Recent events in the bancassurance space that point to some companies tripping over regulatory boundaries corroborate this. The evolution of the November 2011 bancassurance draft guidelines (you can read them here) is the story of a face-off between two evenly matched lobbies. On one side is the insurance industry, with its flagship government-owned default sovereign wealth fund, the Life Insurance Corp. of India (LIC). And on the other is the banking sector whose lobbying power kept our money earning nothing because of a rigged formula to calculate interest rates on savings deposits that were fixed at 3.5% for years. The story of how the draft bancassurance guidelines came to be have enough masala to run a full Bollywood trilogy. But as of now, the banks are ahead. 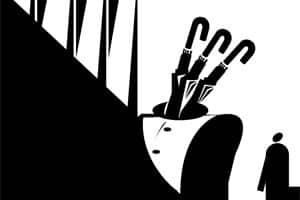 The report came out in June 2011 and recommended that instead of one tie-up, banks be allowed to have two tie-ups. One bank will be able to tie up with two life, two general, two health insurance companies. But this, according to some members of the committee, was not solving the inherent problem in bancassurance, that of banks having no responsibility on the sales they were making. The solution, according to a section of the committee, was to move the banks from being “agents" to “principals". This would happen if they would take the broking licence from Irda instead of the corporate agency. Since Reserve Bank of India (RBI) rules prohibit the bank from becoming a broker, banks would need to set up a subsidiary, get a broking licence and then sell products of all insurance companies, not just two or four. Why don’t they do that? To understand that we need only to turn to the dissent note written by Deepak Satwalekar, the retired CEO of HDFC Standard Life Insurance Co. (read annexure 9 here for some straight talk about banks and their regulator), who says: “…as stated by the IBA (Indian Banks’ Association) representative, the banks are unwilling to assume any responsibility, or risk, of the result of their mis-selling. RBI is also wary of banks taking on the role of a ‘broker’ as it would mean that they assume the role of a ‘principal’ in the sales process with the consequential responsibility and potential risk. Possibly the banks are better aware of the deficiency in the sales process practices by them and hence their reluctance to assume any risk."

Banks can sell multiple mutual funds as agents because the industry is open architecture and banks have set up subsidiaries to allow their customers to trade on the stock market. But they are unwilling to do so in insurance because they want the rewards without responsibility. The other option, argued Satwalekar, was to move toward a regime of independent advice with banks getting remunerated by the customer and insurance companies being prohibited from paying any commissions to the banks. A third option that is not going to be acceptable to anybody is this: If banks don’t want to take responsibility, are the biggest mis-sellers in the industry and RBI is afraid for depositors, then banks should not sell insurance. Post-budget, if there is a rethink in North Block on the issue of bancassurance, please do read annexure 9 of the June 2011 bancassurance report for some sensible steps forward.