Those of you who haven’t read Aakar Patel’s column in this issue of Mint Lounge (and are outraged about it) would do well to read it before starting on this piece.

I have never met Aakar and our interactions over mail have been few and far between, but even within the Mint newsroom, he is not a figure who is universally liked. This is because most people, journalists included, have difficulty separating the writing from the writer, so their dislike of an individual’s column usually means a dislike of the person. 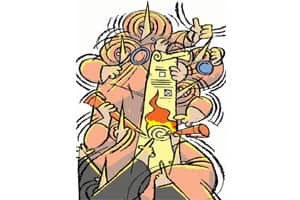 A minor digression into Mint’s columnist policy may be pertinent. We pick our columnists with care (and I think we have a good bunch). That done, we give them enough time to find their voice and enough leeway to voice their opinion. My message to all line editors who manage columnists and oversee sections is simple enough (and paraphrases Voltaire): we may not agree with what a columnist is writing, but we will defend (to the death) his or her right to say it.

Every column published in Mint is seen by at least three people (including two editors). Factual errors are corrected by the fact-checking team (some still creep in, leaving me red-faced) and editorial interventions happen only when there is cause to believe that a columnist has a conflict of interest in writing about something. That’s also the only stage at which I am required to intervene. And, as I have learned from experience (twice over), refusing to carry a piece for conflict of interest is far more difficult than dealing with outrage on Twitter. For the record, in Aakar’s case, it’s usually Lounge editor and Mint deputy managing editor Priya Ramani who deals with such outrage and does a good job of it. The lady continues to look after Lounge, although her presence in a different time zone gave me an opportunity to understand just what she goes through every time Aakar manages to offend someone (which is usually every time he writes). It may also explain why she has 10 times the number of followers I do.

The columnist policy we follow has worked well for us (as a brief perusal of my Twitter timeline @mint_ed will show). Outrage over Aakar’s piece in today’s Lounge eventually boiled into a discussion of how Mint hates Narendra Modi and Muslims (I kid you not). If we are offending such diverse groupings, then I guess we are doing something right.