Five charts on the case for an RBI rate cut

Should the policy rate be cut? What does history tell us? Here are five charts that consider the case for a rate cut

Should the policy rate be cut? What does history tell us? Here are five charts that consider the case for a rate cut: 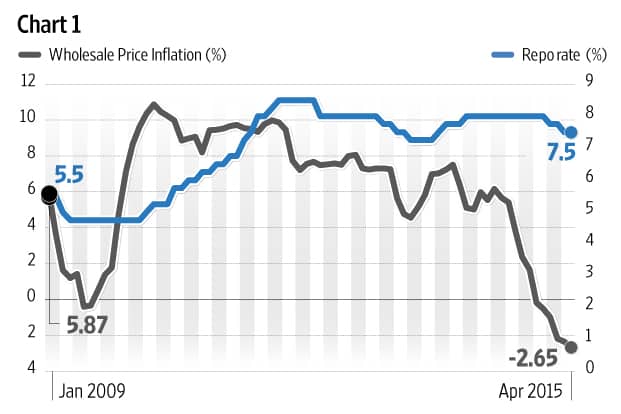 CHART 1: The chart plots the Wholesale Price Index (WPI) with the Reserve Bank of India’s (RBI) repo rate from January 2009. Note that when the wholesale price inflation had last slipped into negative territory—in June and July 2009—the repo rate was a mere 4.75%. In sharp contrast, with wholesale inflation negative at present, the repo rate is at 7.5%. If RBI had continued to follow wholesale price inflation, the contrast between 2009 and now would be glaring. But then, it has long given up using the metric to determine its policy stance. 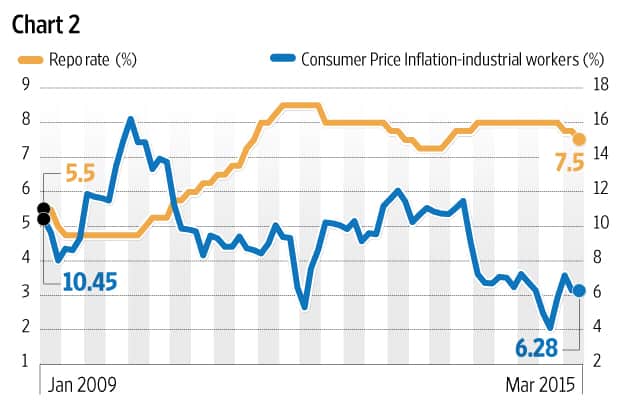 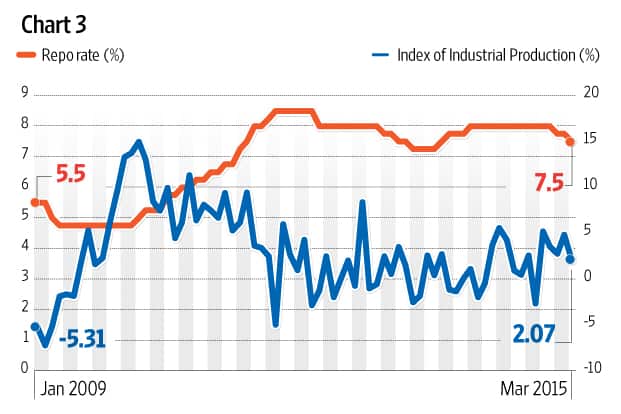 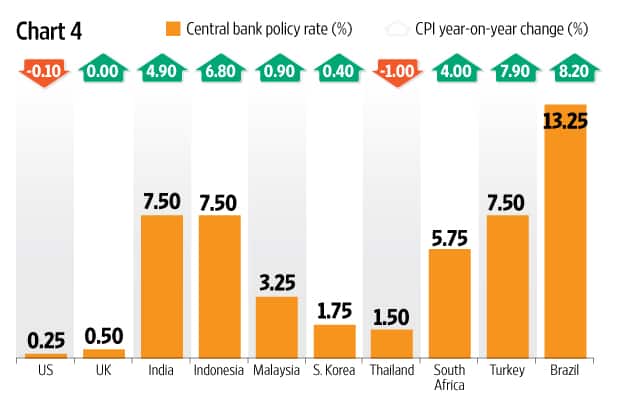 CHART 4: The chart compares the current consumer price inflation in various countries with their central bank policy rates. With inflation at 4.9% and the repo rate at 7.5%, that gives a real policy rate of 260 basis points (bps). The Reserve Bank governor has said his aim is to keep the policy rate at 150-200 bps. Note that India’s real policy rate is now higher than that of most countries. One basis point is one-hundredth of a percentage point. CHART 5: A decent real interest rate is also needed for savers. The chart looks at the annual average inflation computed by the CPI(IW) and the interest rate payable on bank term deposits of 1-3 years tenor. The lowest rate of five major banks has been taken, except for the current rate, which is that of State Bank of India’s one-year term deposit. The chart shows that real interest rates were negative from 2008 to 2011 and again from 2012 to 2014. Today’s real interest rate, at 1.7%, is higher than in most years except during 2000-02, when they were even higher.