Thanks for Visiting Mint
You seem to have an Ad Blocker on. Please turn it off in order to continue, or whitelist Mint
HOW TO TURN OFF AD BLOCKER
OR
REFRESH IF YOU ALREADY TURNED OFF THE AD BLOCKER
Home >Opinion >Online-views >Of Tehran and Persian carpets

Of Tehran and Persian carpets

Of Tehran and Persian carpets

When US President Barack Obama visited India in November 2010 he asked vice-president Hamid Ansari, one of India’s best expert on Iran, how to deal with Tehran. The former diplomat and scholar observed that dealing with Iran is similar to the experience of buying a Persian carpet. “You have to patiently negotiate and bargain on their terms to get the right price and carpet," sagely advised the former vice-chancellor of Aligarh Muslim University. Obama purportedly replied that he did not have the time or the patience for prolonged negotiations. “Then, you will not get the carpet," Ansari reportedly retorted. 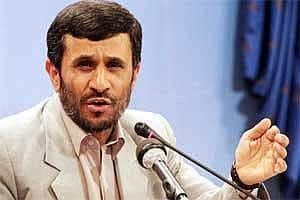 While New Delhi’s convenient explanation is that its relations with Tehran have been complicated by the threat of US-led Western sanctions, this is only part of the picture. Indeed, the deft hosting of the high-level Iranian delegation to enhance bilateral trade while simultaneously deflecting pressure to reduce imports during the recent visit by US secretary of state Hillary Clinton reflects a certain degree of confidence and ability to manage Washington’s entreaties.

In fact, the real challenge to Indo-Iranian bilateral relations is likely to come from Tehran’s nuclear aspirations, its support of terrorism overseas, its reticence to support the alternative route to Afghanistan and its increasing tilt towards the Taliban in Afghanistan as well as New Delhi’s inability to respond to these.

On the nuclear front, while India has maintained that it is not keen on Iran acquiring nuclear weapons, it has done precious little diplomatically to ensure this likelihood. Indeed, India has been so ambivalent about Iran’s intentions and reluctant to take any initiative (apart from opposing military action) that it would appear New Delhi would rather accept a nuclear-armed Iran.

However, a nuclear-armed Iran could pose a proliferation and security threat not only to the region, but also to India indirectly (given its linkages with Pakistan’s and North Korea’s programmes) and directly. In addition, Iran going nuclear would also dent India’s credentials as a champion of the new non-proliferation order.

Similarly, the brazen attacks in New Delhi against Israelis, allegedly carried out at the behest of Tehran, not only expose India to a new source of terrorism, but also reveal a worrying inconsistency in responding to such attacks. While on the one hand India virtually froze all cooperation with Pakistan following the attacks in Mumbai in November 2008 and called for Islamabad to bring the perpetrators to justice, it has made no such demand on Tehran. Instead, Iran is likely to get off scot free and also be rewarded through enhanced trade ties.

Finally, while India had hoped that Iran would be a useful ally in Afghanistan, Tehran has not proved to be a reliable partner. Despite the huge Indian investment to build the Zaranj-Delaram road in Afghanistan with the intention of linking it with the Iranian port of Chabahar, Tehran has not kept its side of the bargain. Consequently, this vital alternative route for India into Afghanistan is not operational and is unlikely to be completed even in the foreseeable future, thus holding Indian interests hostage to Tehran’s whims.

Simultaneously, Tehran has publicly criticized the recent strategic partnership agreement between Kabul and Washington and has reportedly revived its links with the Taliban, with the objective of overthrowing the Afghan government, further challenging India’s interests in Afghanistan.

So far New Delhi has not responded to these threats successfully and despite its avowed faith in negotiating with Tehran, it may still not get its Persian carpets.

W.P.S. Sidhu is a senior fellow at the Center on International Cooperation, New York University. He writes on strategic affairs every fortnight