Thanks for Visiting Mint
You seem to have an Ad Blocker on. Please turn it off in order to continue, or whitelist Mint
HOW TO TURN OFF AD BLOCKER
OR
REFRESH IF YOU ALREADY TURNED OFF THE AD BLOCKER
Home >Opinion >Online-views >The long Chinese opera

The dramatic escape of Chen Guangcheng, the blind Chinese lawyer who was held in his house illegally for 19 months even after he was released from prison, upset Beijing’s and Washington’s best-laid plans for the strategic and economic dialogue held last week. How China responded was instructive, particularly after Chen sought the help of the American embassy. How the US handled the issue will be a case study in international relations seminars for years to come. 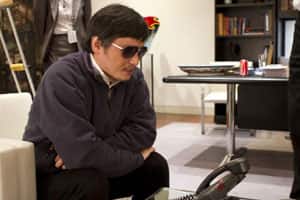 But this is China. Beijing asserts it is a modern, normal country, but outrageous events that shock the conscience keep happening, reminding the world that beneath the sheen of those Shanghai skyscrapers, the wide Beijing avenues and the bustling factories in the Pearl River Delta, at its core, China remains a cruel, oppressive society, where the nail that sticks out gets hammered.

Chen chose to stick out. He was speaking for rural Chinese, who were forced to undergo?sterilization or abortion so that the state could enforce its one-child policy. The heartless policy is applied selectively and wealthy people have been able to get away by paying fines if they have more children. Visit any large Chinese city and you will notice happy and prosperous families with more than one child.

Raising such questions disturbs the harmony, and China prizes balance and stability, because its history is replete with examples of massive upheavals. Chen challenged that delicate symmetry. Worse for China, he turned to Americans for help, making his cause central to the US-China relationship and single-handedly brought the crucial ties to an edge. The US had no choice but to support Chen, particularly in an election year, given its rhetoric on human rights; China had no choice but to protest wildly, given its irritation over foreign interference in its internal affairs. Chen’s rebellious act made China lose face.

Face is important in China. Cultural consultants have made fortunes scaring foreign executives keen to do business in China how they must not make the Chinese lose face. Basic courtesy isn’t enough; “face" has, like everything else, Chinese characteristics. It means the Chinese counterpart —guest, leader, executive—must not look bad in public.

Civility is one thing; kowtowing is quite another. Kowtowing is submissive reverence shown to Chinese emperors—kneeling, scraping and bowing. The rituals are obscure and the outsider is often more deferential than he needs to be, or if he were dealing with someone else. China throws a tantrum and others immediately swallow their words. As Hong Kong’s last governor, Chris Patten understood that; when China glared at him, he stared back. For this, the Chinese press abused him: toughened by British tabloids, he ignored them. “Treat China as you would treat any other country," he said once.

Not many do that, certainly not India. When Hu Jintao, the Chinese President, visited in March, India kowtowed. The police harassed Tibetans and people who “looked" like them (making life difficult for Indians from the North-East) and arrested Tibetan writer Tenzin Tsundue, lest they do something to offend Hu. Jamphel Yeshi, a Tibetan refugee, immolated himself in Delhi and died subsequently. China may have saved face; India certainly lost face.

In Chen’s case, US and Chinese officials have forged an unusual compromise: Chen and his family will go to the US, China permitting, so that he can study. That suits Chinese interests because it removes him from home, making him less relevant. China has historically questioned the legitimacy of dissidents who are based abroad—it jails or harasses them at home, and lets them go later. Think of astrophysicist Fang Lizhi, some of whose students were involved with the Tiananmen Square protests in 1989. After the massacre in June that year, Fang and his wife went to the US embassy seeking asylum and the Americans were able to fly them to the US only after a year’s negotiations. Wei Jingsheng, who wrote about democracy as China’s fifth modernization on the Democracy Wall in 1978, was jailed for 15 years before he was allowed to go to the US.

By sending them away, China hopes to erase them from public memory. By going away, the dissidents risk losing their standing, which suits Chinese interests. Bringing Chen home, America too gains—he is free to say what he wants, but it won’t affect bilateral ties. None of this suits the interests of 1.3 billion Chinese, but nobody asked them what they want. That’s why Chen wanted to stay and that’s what China didn’t want. So ends this act of the long Chinese opera.