One hopes that the 'digital pigmy' of UPI 2.0 might address the issue of anaemic online transaction numbers, and usher in the real potential of an economy built on a Digital India

“What’re you looking forward to the most in the new year," a close friend asked me over a stolen moment on the balcony at a New Year’s Eve party. The question prompted both optimism and reflection, and I woke up this morning in that same state of mind. When I asked myself the question in the context of this column and building “Bharat businesses", the answer was quite obvious.

UPI (Unified Payments Interface) 2.0. Specifically, a feature called the electronic mandate. Which is the digital equivalent of a postdated cheque, allowing consumers to use a one-time authorization for repeat payments. Essentially allowing a merchant to charge the user a predetermined amount at a given frequency. If implemented well, I believe this feature could be the single most impactful driver of financial inclusion in India.

Allow me to explain. For most of Bharat, repeat transactions represent the bulk of the monthly expenditure. These payments are typically higher value transactions that account for everything from paying rent, to equated monthly instalments (EMIs) on loans, to insurance policy premiums, to school fees, and utility bill payments.

Today, these transactions are consummated in two modes: postdated cheques (PDCs) or cash. Both are problematic because they are high friction. They require the user to physically hand over the payment to the payee which costs the user either time, or money, or both. Cash of course has the additional problem of not being traceable. Electronic Clearing Service (ECS) using net banking is a possible alternative, but the process for activation requires a high level of digital literacy, which is yet another point of friction.

Why is this “friction" such a big problem? To answer this question, we must turn to Nobel Prize-winning economist Richard Thaler, who famously declared: “If you want people to do something, make it easy. Remove the obstacles." This pithy statement is the cornerstone of behavioural economics. A field pioneered by Thaler that marries the principles of economics with an empathy for our many human failings.

We often forget to pay a bill or two on time, or don’t sign up for insurance because it doesn’t seem to be worth the trouble, or scramble to find cash to recharge a prepaid mobile or direct-to-home TV connection because we didn’t realize our balance was about to run out.

While late recharges might cause temporary disconnections, late EMI or bill payments can have very real implications on your credit score, making loans a lot more expensive and harder to get. Letting laziness get in the way of paying your insurance premiums can lead to policy lapses that come back to bite you at times when you need the most help. In other words, even the tiniest amount of friction can have very real consequences.

This is exactly why I’m so excited about e-mandates in UPI 2.0. In my previous column on Design Principles for a Digital India, I mentioned that India is a “Do it for me" country much more than a “Do it yourself" economy. E-mandates apply this principle to repeat transactions by requiring consumers to sign up just once and keep availing services that require multiple timely payments. Aside for removing friction, there are other knock-on benefits that are just as important, if not more so:

Lower collection costs for small loans: Fast and affordable low ticket size loans have become a reality because of the eKYC (know your customer) and data from mobile phones. However, collections be it through electronic clearance service (ECS), or postdated cheques (PDCs), remain a cumbersome and therefore relatively expensive part of the process. UPI 2.0 will help make this part seamless and thus credit even more affordable.

Encouraging savings and insurance buying: UPI 2.0 could play a major role in promoting responsible fiscal behaviour by making it easier for the common man to sign up for savings and insurance products. To understand the impact of “do it for me" on savings behaviour, one need only look at our own banking history. Specifically, to a financial innovation launched by the legendary T.M.A. Pai, the founder of Syndicate Bank.

The story goes thus. In the summer of 1928, a young Pai, who was doubling up as a banker and a doctor in Udupi, realized that his medical patients weren’t saving enough money even to buy lifesaving medicines despite earning enough to do so. He realized that most of them were either unaware, or too busy, lazy, or intimidated by the idea of going to a bank to deposit their savings.

And so he formulated the Pigmy deposit scheme. He appointed door-to-door deposit collectors called “Pigmies". These collectors visited depositors at home either daily, weekly, or monthly to collect these deposits. 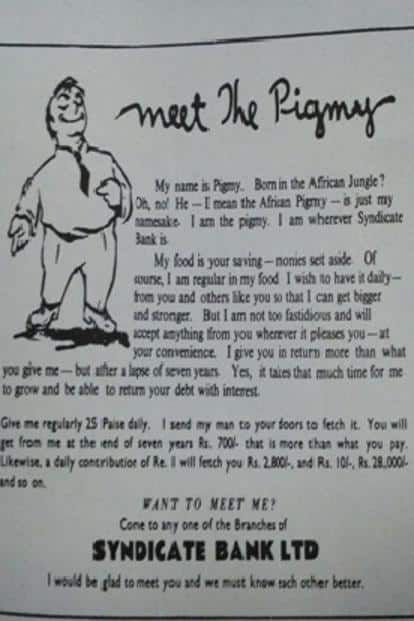 The effect was tremendous. As another Mint columnist wrote in a fabulous column titled Before Thaler there was Pai, “The testimonies of some of the pigmy depositors shows this emphatically. One woman fainted upon hearing the amount of saving, another asked Pai not to inform her husband about the savings and yet another built a house using the savings, calling it Pigmy House." The scheme also benefited the bank by boosting deposits, building a larger customer base, and establishing a reputation for innovation.

UPI 2.0 has the potential to be the digital pigmy by making savings deposits and insurance premiums easier to manage in the digital age.

E-mandates can unlock new business models: With data now cheaper than ever, most of Bharat has already begun voraciously consuming multimedia content. As demand for new and more relevant content begins to rise, content creators will need to get paid for it.

We know that customers are more than willing to pay for content, a fact that is evident from the success of caller tunes and other value-added service (VAS), products, which represent a multi-billion-dollar industry. But VAS was built on carrier billing, where the mobile operator adds the charges to your phone bill, taking a 60-70% cut, thus making it less lucrative for content creators. UPI 2.0 could make subscription billing super simple, restoring some balance to the content-distribution value chain.

Bharat’s internet adoption has been marked by tremendous user growth, but the online transaction numbers have thus far been anaemic. One hopes that the “digital pigmy" of UPI 2.0 might address this lacuna, and in the process usher in the real potential of an economy built on a Digital India.

Sahil Kini is a principal with Aspada Investment Advisors. The Bharat Rough Book is a column on building businesses for the middle of India’s income pyramid. His Twitter handle is @sahilkini