Will Americans turn into “inequality intolerant" Europeans? Such a radical shift is unlikely, but this column argues that this crisis may be a turning point towards more government intervention and redistribution in the US. More and more Americans believe that hard work is insufficient to climb the income ladder and are expressing anger against “unfairly" accumulated wealth. Politicians should prefer wise policies but may be tempted by populist outbursts.

The current financial crisis will reduce income and wealth inequality. The rich who heavily invested in financial and stock markets have lost much more than the less wealthy. The relatively poor “young" may face the sale of the century. Go and tell a young (and poor) just-married couple that the collapse of housing prices is a problem; mention to a young worker just beginning to accumulate retirement money that low stock prices are a problem! 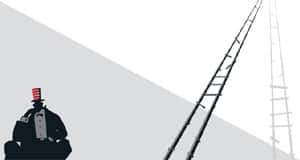 Many will consider this reduction in inequality the silver lining of the crisis and a welcome development. This is especially the case because many people are acutely aware of the increase in income inequality that occurred in many (especially English-speaking) countries in the last three decades and perhaps tend to think of it as “unfair". Those who became rich from complicated financial instruments and sophisticated investments in derivatives are now seen as undeserving of their wealth. The extraordinary bonuses of certain incompetent managers, especially those bailed out by the taxpayers, have certainly not helped gain them sympathy. Nevertheless, a frontal attack on the finance world is pure populism; finance serves a very productive purpose. One cannot mix criminals such as Bernie Madoff with unlucky or even excessively leveraged, overly risk-taking, sometimes incompetent and overpaid managers. Politicians should not throw fuel on any anti-finance or anti-Wall Street sentiments. There is enough anger against “unfairly" accumulated wealth; we do not need more.

The increase in income inequality of the last three decades in the US is not extraordinary if viewed from a very long-term perspective. The 30 years after World War II were the period of the “Great Compression"—a sharp reduction in income inequality. A few months ago, just before the crisis, we were back to roughly the level of the 1920s, which was the norm in previous decades, not to mention the level of inequality and social immobility of pre-capitalist societies. But the perception that this increase in inequality was unfair will greatly weigh on the way it will be handled and the political backlash it will create.

Our research suggests that this is a situation in which voters will demand especially strong action to reduce inequality, even in a country such as the US where inequality is much more tolerated than in Europe. All over the world, the poor favour more redistribution than the rich, which is not surprising. But beyond that basic fact, the attitude towards what is the right amount of redistribution varies greatly and is affected by many more variables than just current income. In particular, when people perceive that the income ladder is the result of differences in hard work, effort and creativity, even the relatively poor may accept large differences in income. This is partly because their sense of justice tells them that these are fair inequalities and partly because they feel that the income ladder can be climbed if it really depends only on effort and hard work. This is true both when comparing individuals within a country and when comparing average attitudes across countries.

For instance, according to the World Values Survey, a large majority of Americans (around 60%) used to believe that the income ladder could be climbed and the poor could make it if they tried hard. Only a minority of Europeans (less than 40%) had the same view. That explains a lot of the difference in the generosity of the welfare state in the two places. Americans think that they live in a socially mobile society with less need for active public redistributive policies. Europeans, by and large, have the opposite feeling. Now, Americans may feel that the social mobility they cherished was not so large after all; investing in derivatives hardly has the same “feeling" in the popular sentiments as, say, working a late shift in a shop.

Therefore, this crisis may have changed American attitudes towards inequality a bit. If they perceive inequality as unfair, they will demand more redistribution. The traditional aversion to taxation of Americans may give way to a “soak the rich" feeling. Higher taxes will be needed to handle the booming budget deficits. We would predict that the progressivity of the tax system will also increase, as the median voter will demand it. Politicians should resist such populist measures. Increasing the tax base rather than the brackets is the best way to increase taxes on the rich. A simplification of the Byzantine tax code, where the wealthy can often hide income, is way overdue.

Will Americans turn into “inequality intolerant" Europeans? Probably not, but this crisis may imply a turning point towards more government intervention and towards redistribution.