Energy after the crises

Energy after the crises

Increased globalization and interconnection among nations over the last few decades has thrown up a startling corollary between the current crisis in Japan and the one in the Middle East, two events that otherwise are utterly isolated. At the core of this intersection is energy, particularly oil— the fuel of global growth today— and nuclear power —its expected driver in the future. 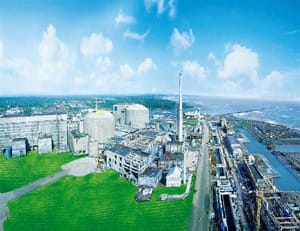 The Middle East alone accounts for over 40% of the world’s oil reserves. History shows that each major spike in oil prices has been followed by economic recession in developed economies. If the present political turmoil proliferates into key oil producing nations in the region, such as Saudi Arabia and the United Arab Emirates, it may lead to an unprecedented oil shock that can send the world economy into a prolonged spell of stagflation.

As the Middle East evolves into what is called a shatterbelt, the devastation brought about by the tsunami and the ensuing nuclear meltdown has not only served a double whammy to Japan but has also led to a serious rethinking on the future of nuclear power generation across the world. Nuclear power produces around 11% of the world’s energy needs. The immediate effect has been on countries that draw significant amounts of their energy requirements from nuclear sources. Germany, where nuclear reactors produce 26.1% of total power, has decided to close down 7 of its 17 nuclear power plants. Switzerland has put the renewal of three atomic stations on hold. Even China has halted approvals of fresh nuclear power projects. Safety concerns have also been raised in the US. Most importantly, civilian nuclear expansion plans across the world are being put on hold.

As further ramifications of the double crises unfold, policy pundits in India who have championed the alignment of the country’s external policy with that of the US will have a lot to answer.

India imports about 80% of its crude oil requirements and crude comprises about 31% of its total imports. As a consequence of rapid economic growth, crude oil imports have more than doubled in the last 10 years, touching 159.26 million tonnes in 2009-10. The Middle East alone accounts for around one-third of it. Saudi Arabia and Iran are the largest suppliers of crude to India, comprising 30% of total imports in 2009-10. The Planning Commission projects that dependence on energy imports could double to 53% of commercial energy consumption in 2031-32 from about 25% in 2003-04.

On the nuclear energy front, India produces only 6,000 MW of nuclear power, or 4.2% of total power generation. The commission says that to meet growth targets, India’s power generation capacity must increase to nearly 800,000 MW from the current capacity of around 160,000 MW by 2031-32. This India hoped to partly achieve with the $175 billion in planned spending that would increase nuclear power output to 64,000 MW by 2032, accounting for 9% of overall power generation. This ambitious programme, however, is now open to questions. While India has wider options than Japan for choosing sites that are not prone to earthquakes or tsunamis, the other risks surely remain.

The present crises offer a good opportunity to review India’s energy policy as a whole. With hopes for a nuclear renaissance running out of steam, should we be putting so many eggs in the nuclear basket? Should we be as heavily dependent on the Middle East alone, vulnerable as it is to tribulations, for sourcing our oil?

Non-alignment, under the present circumstances, clearly seems to be in India’s best interest. Engagement with powers and India’s support to them should be issue-based. This would allow India room to pursue its relationship with countries such as Iran and Myanmar. If Iran manages to escape the turmoil, India’s relationship with the country would ensure that it remains our benefactor. With gas being a viable alternative to nuclear power, Myanmar’s vastly untapped natural gas resources could be relied on. We should also develop alternative markets such as Africa to source energy and hedge risks arising in the Middle East. As these alternatives emerge, new strategic geopolitical balances will be formed. Russia, with its massive energy resources, will again become relevant. India should also ardently pursue energy co-operation within the IBSA forum, given that Brazil is a major oil producer. And we must exploit the estimated potential of over 150,000 MW of domestic hydropower, of which more than 70% is untapped.

Most importantly, a situation of global upheaval like what we witness now provides a favourable environment for a rising power such as India to firm up its geopolitical position and leadership. This, however, requires calculated audacity. Whether our leaders are ready to take that road is the question.

Rohit Viswanath is a project associate at Indian Council for Research on International Economic Relations in New Delhi.