The journey from the biggest share issue event of the year to the hottest stock to short-sell has been swift and sharp. The Facebook initial public offering (IPO) in May was at $38 a share. The stock was trading at $20.75 when Nasdaq closed on 8 August. This means $50 billion of value has been wiped out in three months (equal to the market capitalizations of Microsoft and Yahoo combined). But there is far worse to come.

About 420 million Facebook shares are eligible for trading right now. But in the next four months (starting 15 August), more than two billion shares will become free to be sold, as their lock-up periods in the hands of Facebook employees get over. It is fair to expect that many of these people would like to cash out. Any which way, there will be a massive supply overhang on the market, which can only drive the price down. 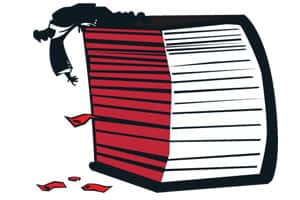 Last month, BBC journalist Rory Cellan-Jones set up a Facebook page for a business called VirtualBagel with the simple (and absurd) promise: “We send you bagels via the Internet—just download and enjoy." Then he bought $10 worth of Facebook advertisements, and defined his target audience—under 45-year-olds interested in cookery and consumer electronics, residing in the US, UK, Russia, India, Egypt, Indonesia, Malaysia and the Philippines. Within 24 hours, he had 1,600 “likes" and his budget had been spent.

Who were these people? In fact, many of them could not be “people". For instance, Ahmed Ronaldo from Cairo, whose profile consisted entirely of pictures of footballer Cristiano Ronaldo, and who worked for Real Madrid. A lot of the “likers" of VirtualBagel were actually “bots"—software apps that perform simple repetitive tasks on the Net, often emulating human activity.

Quite simply, a malicious hacker can use his programming skills to mass-produce fake Facebook profiles, get them to send friend invites, “like" pages, do almost anything that a flesh-and-blood user does. Studies by computer security firms have also confirmed this phenomenon. No one knows to what extent response to Facebook advertisements is bot-driven. But this is seriously bad news for a company whose revenues almost entirely come from advertising, with a response-driven—cost per click—model. “Like"-spamming bots seriously undermine Facebook’s value as an advertising medium. However, Facebook has said that it had “not seen evidence of a significant problem".

But the one significant problem that Facebook has to acknowledge is average revenue per user (ARPU). Right now, Facebook makes $1.21 per quarter per user, and Facebook seems unable to grow it at any respectable rate. To compare, Yahoo, which is old economy as far as tech stocks go, makes a $2 ARPU per quarter. And it ended trading on 8 August at $16.22, $4.53 below Facebook, and has a market capitalization of $19.78 billion, 56% lower than Facebook’s 44.26 billion. Whatever premium the Facebook stock is commanding today is based on the hope that it will be able to ramp up revenues—that is, ARPU, at rocket speed in the coming years.

The key to growing ARPU is the mobile platform. More than half of Facebook users are today using smartphones and tablets to access the service. And Facebook doesn’t seem to know how to monetize this emerging situation. It even acknowledged this before its IPO. “We believe this increased usage of Facebook on mobile devices has contributed to the recent trend of our daily active users increasing more rapidly than the increase in the number of ads delivered," it stated, admitting that if this continues, “our financial performance and ability to grow revenue would be negatively affected." Trouble is, Facebook depends on display advertising, and screens of most mobile devices are too small for them. Also, research shows that, as of now, mobile users show lower tolerance for ads.

Mark Zuckerberg created the biggest time-wasting activity in all of human history, and nearly a billion people signed up. But now, he does not know what to do with them. But isn’t this an old story; isn’t that what the dot-com boom was all about? At the height of the frenzy, in 1999, I had interviewed Vinod Khosla, then perhaps the world’s most powerful venture capitalist, for Outlook magazine. I had expressed my concern that no one seemed to have a hang of the revenue model for dot-coms. His reply: “Why do companies have to make money today to be valuable? That’s old linear thinking…(V)alue can be achieved in many ways. If I collected all the diamonds in the world, I’d have no ‘income’ but I’d have a lot of ‘assets’. Would my company be worth nothing because I have no income? A lot of Net companies are collecting assets. They have to be measured with a new set of metrics." Later, though, I discovered that Khosla had not invested in a single dot-com of the type he had wanted new metrics for. And 13 years later, the world is still set in its “old linear thinking".